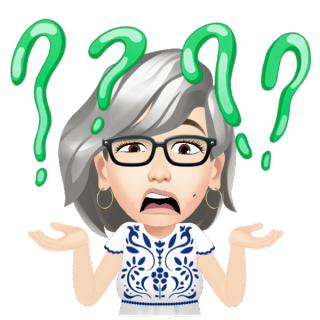 So the other night Jeff was bored, he has finished all his projects…he just finished the new kitchen table. We also painted the existing 24 year old chairs to match the base.  He is not a fan of them, but they look cute and much better. I need to find some cushions to tie on…maybe then he will like them better. They need to sit a few days before I can shabby them, then I will post a pic.

So he was walking around the backyard in the dark with the flashlight…that scares me cause I am allergic to scorpions…he is Hercules!  So he comes in and says "there is a toad in the bird water bowl", and I was like "what?"

So what did I do? Well I got my camera of course.  Look at him sitting in there. I have this bowl out there for the birds, prairie dogs and what have you to drink from during the day. Little did we know it was a pool for a toad at night. 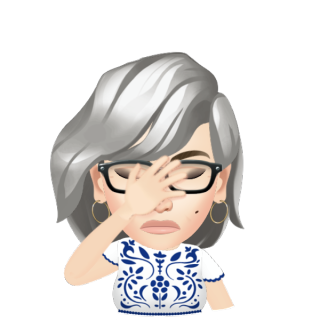 So last night I said "oh I wonder if the toad is back?" So I got the flashlight and went out and looked, and laughed so hard…I had to go get Jeff and my camera of course. 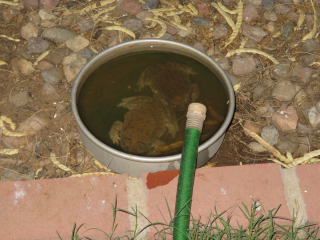 Someone told a friend. Now if there are three in there tonight, we're gonna need a bigger boat bowl. 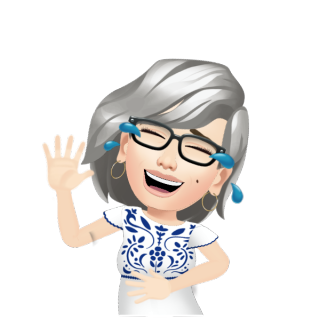 They were both totally under the water, that freaked me out and I quickly got back in the house, plus I got a bit closer than last night and was standing in the grass. Just asking for trouble, like what if the third one was running hopping late and behind me.

Added since original post: so last night I watched from the kitchen window hoping to catch the toads getting in the bowl…I turned to chat with Jeff a minute and I turned back and they were in there I could see them flapping around….daggnabbit……so then I turned on the porch light to look out  better cause it was getting dark and one was on the rocks by the porch – all like bow legged and his head cocked like he was watching me…Jeff said probably cause the light was on and it attracts the bugs…and I thought boy he was quick I barely turned on the light…so I go out with the flashlight to look in the bowl…with one eye on the one on the rocks incase he got any jumping on my face kinda ideas….and there were 2 in the bowl…so there was 3. So am I a pysic physic future teller person? What ever should I wish for tomorrow? Not 4 toads certainly. Hugs! 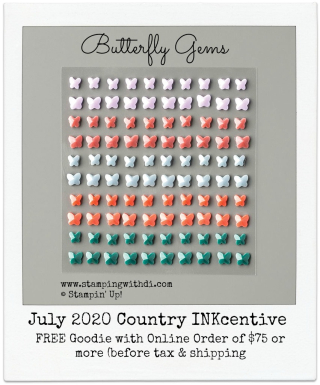 Bonus Days are Back

July Seasonal Card Class in the Mail – Way to Goat