It might not be snowman season in AZ, but it is cold right now. I have on leggings, boots and a sweater, I love to bundle up, but I hate the cold. I think it is more I love to layer and dress up over needing to for the weather right? I mean who in AZ has as many coats, jeans, and shoes as me? OK I am not telling you the total but it is a lot. You can take the girl out of Canada but you can't take Canada out of the girl.

So this adorable card was cased from Mercedes Weber, I just loved it, I added some of the fun Snowfall Accents Puff Paint too. Heck my nails even match how about that?

So King Arthur has been feeling under the weather, (I think he is constipated even though I don't feed him on Saturdays to prevent that.) He will be 2 in February. So I have been giving him epsom salt baths a few minutes each day and feeding him bits of blanched peas (just the inside not the shell). These things are supposed to unbung him. So the first time I tried with the pea I just put it at the top of his bowl thinking it would float...nope...sank right to the bottom, so I tried to get him to take it off my finger...nope...again to the bottom of the bowl...so then the bowl was a freaking mess. So then I YouTubed it and a commenter said use a toothpick so I did that but as soon as it got near the water it would go to the bottom, so I put him back in the little tupperware where he takes his salt bath and tried again, it took a couple times but once he realized I was not trying to shish-ka-bob him, he took it. Now he is like oh hey look it's food!

So I had to get another EGD yesterday, and I bit my lip, so that is sore today, and my breast plate is a bit sore too, not to mention I have the most horrible looking veiny hands but when they try to do an IV they wiggle and turn so that is black and blue.  Will go for the biopsy results on the 13th (thank goodness it is not Friday), they did find a schatzki ring so that is new from the last time...way different than shatzi...which Jeff calls me.

Have a great Halloween and last day of October and thanks for stopping in.

Don't miss out on the Bird Ballad Tin & More Class in the Mail. Today is the last day to sign up.

You can read more details here. 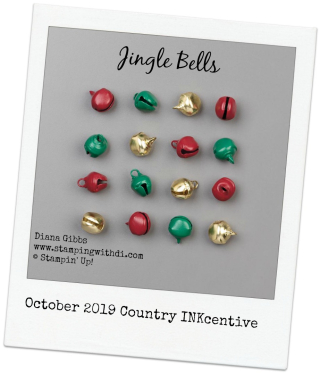 Magnolia Bulk DSP and Only a Few Hours Left on Sale 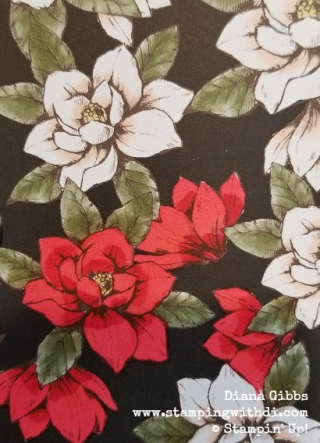 Do you see that pretty DSP above? Do you know that all I did was color the magnolia flowers with the Poppy Parade and Crumb Cake Stampin' Blends and it changes the magnolia into a poinsettia for Christmas...cool eh? Did you know that you can now order a special bulk pack of the Magnolia Lane DSP, in these particular patterns? Super cool and makes card making easier if you want to make more of the same card. Just use item #152455 - $17.00

Don't forget the 24 hour sale is almost over, I made sure to snag some sets today myself.

Have a great evening and thanks for stopping in. 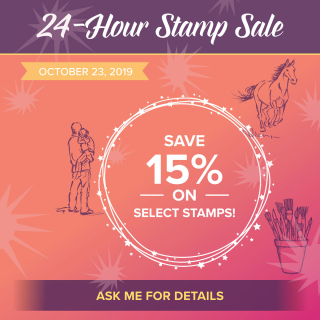 Don't forget you only have 24 hours to shop these amazing deals!! I love shopping in my jammies, how about you?

Have an awesome Wednesday and have fun shopping! Thanks for stopping in. 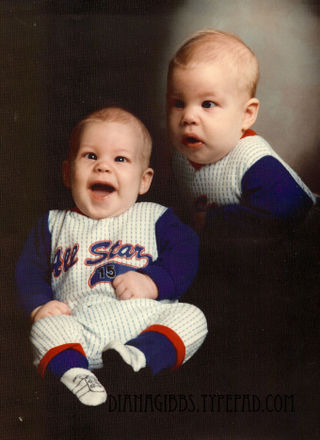 I always have to post a baby pic, and this is one of my faves. He could not wear this little outfit too long, he got to be a rolly polly baby. Do they even do these kinda photos anymore?

My niece Jade is a photographer and while we were home in August she took Eric somewhere to have some fun pics taken, here is one of them I have framed in the hallway. These two sure get along well, I really wish we lived closer. 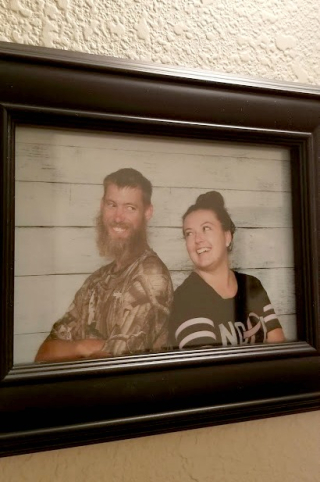 I always say that Jade is my pretend daughter. 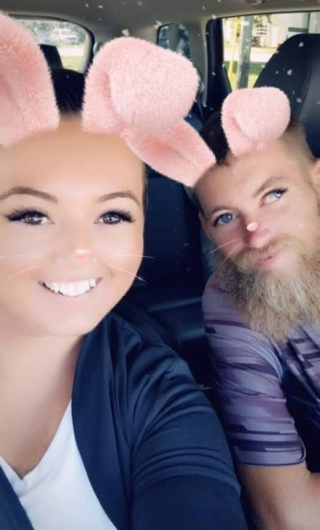 Here is one they sent us when they were out horsin' around.  What fun it is to hang out with your cousin.

Happy 31 Birthday Eric, what a fine young man you have grown up to be.  Funny at times and seriously don't get in your way other times...we love you kid.  Here's to 31 more.