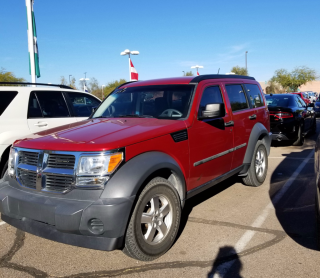 ...and say hello to the Green Hornet. So I had been toying with the idea of getting a Mini Cooper Countryman, I even started a Pinterest board, but I saw a cool dodge on the road the other day and I was like we have had such luck with Dodge I might want to stick with them and Jeff agreed, so then I asked on FaceBook Charger or Challenger and it was fun to read the responses.  The majority said Charger, and many said get the hemi.  So Jeff was partial to the hemi, and the Challenger, (I mean you should have seen his eyes light up when he was talking about a sports car) so we got in a bright red Charger with a hemi and the guy took it out on the road and floored it and I thought I was going to barf.  (I mean it would be like the Mission To Mars ride every day..blech) I was like this might be too much car for me, I want to be able to pass someone on the road and give it gas and not flip the car cause the car totally wiggled when he floored it. Then we looked at a Challenger 2 door and there were so many blind spots I was like no way, and I could just see Eric climbing in the backseat...nope. So it was back to the Charger but not the hemi engine and it was love.  The color is amazing like a Hunter Green (it is called F8 Green) so shiny and sparkly and she handles great, and she has plenty get up and go for this old gal. Plus 4 door and so much room, I was surprised.

What shall I name her? If I do, again I have gotten so many fun responses on FaceBook...whatever did we do before that eh?  Jeff likes Green Hornet, but my BFF Tracy thinks she needs a girl name from Country Music...and sexy...ha!  I know if I had of gotten the red one, it would have been Sorry Officer Puke Machine, cause I am sure it will be a ticket magnet...and well ya know barf...

So Jeff and I started watching Longmire. Have you seen it? It is pretty good. I can not get over how many actors from Sons of Anarchy that guest star on it.  I am hoping to see Tara, Jax and Chibs soon...not Gemma...ha!! 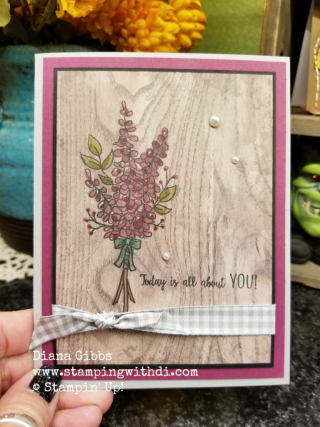 I had to make 35 cards for a swap and man oh man using my new Stamparatus sure made it go faster, I still had to color them individually which makes them all unique but it was so weird doing cards that were identical in stamping. This is very similar to the card I showed the other day. I might be addicted to coloring on the Wood Textures DSP with the Stampin' Blends.

This is a new set called "Lots of Lavender" that is available for free during Sale-A-Bration which starts on January 3. Have you got your wish list ready? You can also join my team and pick two free stamp sets (up to a $101.00) value in your starter kit. 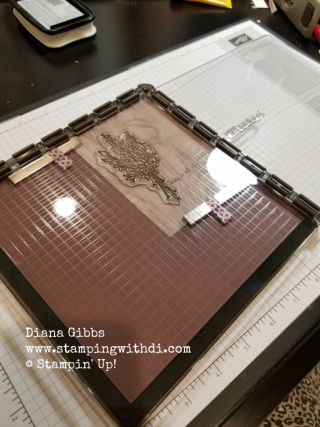 Make sure you go in and reserve yours, you only have until December 30 to do so (don't think you have till the last day of December!!!!!!!!!!!!!!!) and if you don't you will have to wait until it becomes available in the next catalog...so get yours reserved now. See how it has two plates so I could have the flower be on one and the greeting on the other, plus they are on hinges that you can lift the plates out so I could actually turn them over and have two other stamps stuck on them too...brilliant! I put some washi tape on the magnets to make them easier to move around, and you definitely want to keep them puppies away from each other, they have some mad love for each other and will stick together tight. Oh the Chocolate Chip cardstock I have on there was just a little shim since I was stamping on DSP it added just a bit more height. 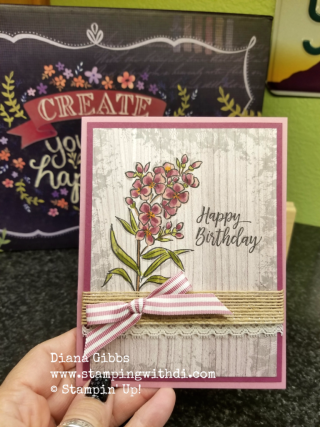 This is such a cute set and it is great for coloring with the Stampin' Blends. I love the look of it stamped on the Wood Textures DSP. At OnStage Tina Rappe made a cute card with this set and this is my take on it.  Thanks Tina!

This was my Spring swap with my team at our Christmas meeting. The stamp set is available January 3.

So after a lot of worrying and talking to Jeff, and today I talked to my doc and I have cancelled my Nissen surgery.  I just feel that I need to be a lot worse before I have this surgery and mess with my insides. The doc agrees and we will try again with an appeal for the TIF procedure with the insurance.  With the end of the year coming and our insurance deductibles met I was being rushed to make a decision and I just can't do that. The doc was not rushing me but I was basically forcing myself to make a decision quick.  It was not like it was an easy fix and the recovery is worse than I am going through now.  So I will eat better and if I need to up my meds I will. 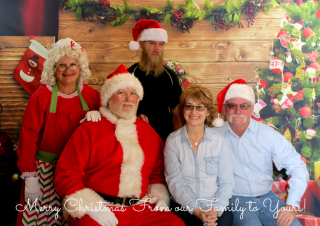 I hope you get to spend some time with family and friends.

Thank you for reading my blog and sharing your comments with me. 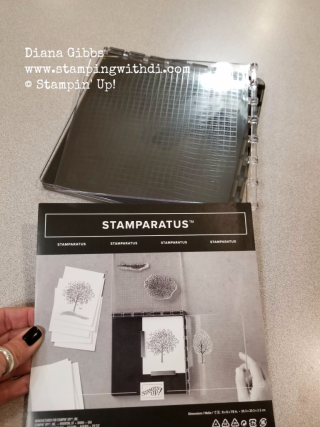 Look what showed up last night about 8:00pm! Eek my new Stamparatus.  Since I was part of the L2L group and helped develop it, we got to order ours early, so I can't wait to play with it.  I had a dentist appointment today and ended up needing a filling, then I had to run to Home Depot for a couple items (with my face all frozen I felt like I had a stroke), then Data Doc's called and my replacement fan for my laptop was in so I went there and back (the traffic was nuts, you would think Christmas was days away), then it was supper time, then we went over to Tractor Supply. 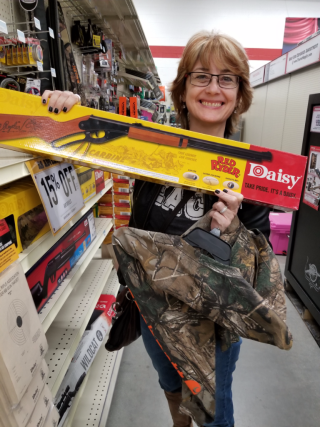 I hate guns but I had to get Jeff to "shoot" a pic of me with Red Ryder BB Gun after watching part (I could not handle much of it) of the Christmas Story musical fiasco...ha! OK that was my opinion...he said "I'd shoot my eye out!"

Then we stopped at Dairy Queen for a cone and came out to the weirdest lights in the sky, I had my hand full with my cone so did not get a pic but found out it was a rocket from California.  We were wondering if we missed the rapture while we were in getting our cone.  A lot of cars were on the side of the road checking it out as well.

I also heard from the doc and I have the Nissen surgery on the 29th, and come home on the 30th.  Insurance won't cover the less evasive one as they say it is experimental, so I pray this makes me better and recovery is quick and I don't have any problems.  Fingers crossed eh?

So this weekend will be busy as I get my swaps done, get ready for Christmas and my in-laws are coming for a visit after Christmas.  Luckily Jeff has a bunch of time off to be able to help as I think I will be down recovering for a bit.

Oh and do you watch Major Crimes? All I can say is...what the heck?