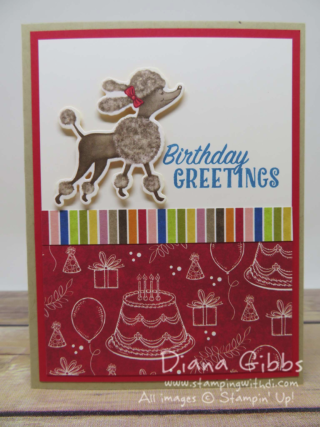 I can barely type from tears of laughter.

So I always print my priority postage at home and then there is a place to request a pick up.  Been doing it for years…years! So yesterday I had my parcels ready and it was about 3:00pm and they still had not been picked up so I called the PO to see if they were late.

I asked if Carl was working today and the girl said she thought so but had not seen him, she wanted to know if I needed to talk to him. I said no but I had priority parcels that I needed picked up and it was 3:00 so I just wondered if they were late. Then she said oh he probably had a sub.  So then she put me on hold. Then she came back and asked if I had filled out a pick up form and I said yes on line when I printed the labels. Then she put me on hold. Then a guy came on and asked what I needed. So I said that there was a sub today for Carl and I wondered if he was late cause I had priority parcels to be picked up. Then the guy was like well we have two different stories going on don't we? and I was like what? he said the postman was here at 1:00 and there were no parcels. I said I was home all day, did he knock, and the guy said he looked at all three doors. I said well I don't leave them outside, they always knock on the door. Then the guy was saying calm down, and I laughed cause I was calm, and I said I just was calling to see if my parcels were going to be picked up. I told him that at none of the doors was the piece of paper that said attempted delivery or anything. He again said to calm down, and he was going to put me on hold so I could. So if anything my eyes hurt from rolling around in my head. Later I told Jeff about it and he said maybe there was people listening and he wanted to make his self look good for calming me down.  When he finally came back on the phone, I think he wanted me to hang up, he said a guy would be by in 25 minutes to pick them up, then he described the guy and the car since it was not a USPS vehicle and the guy would not be dressed in USPS clothes. It still makes me laugh, sorry if you are a USPS person, I know your job has to be hard but I hope no one really gets upset with this guy or he will not be able to handle it. Who says working from home and being your own boss is not exciting?

Ok enough of that how about a quick cute card…and video.