Who Said Turtles are Slow? 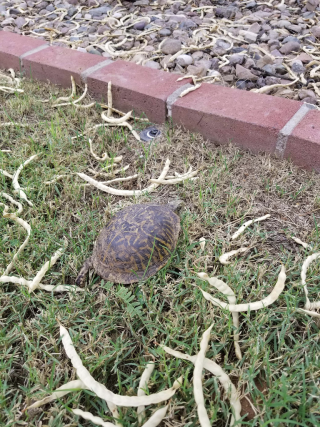 I took a double take...a turtle?  Ok so the kid in me was like can I keep him? So I had Jeff come over and he said it was a box turtle. He said they are great escape artists. 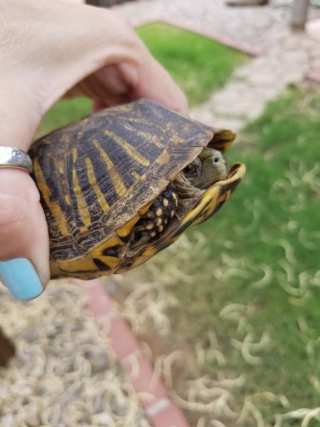 Look how adorable he is all stuck in his shell, I mean he looks like a little dinosaur.

So I don't know if this is silly or what but I think God made me see this little creature, cause if I had not he would have just kept walking and I am sure a dog would have killed him.

So I put him in a plastic tote (let him escape from there) and looked up on the internet what to do.  Jeff called our neighbor as his Aunt used to raise them.

My good deed for the day was done. 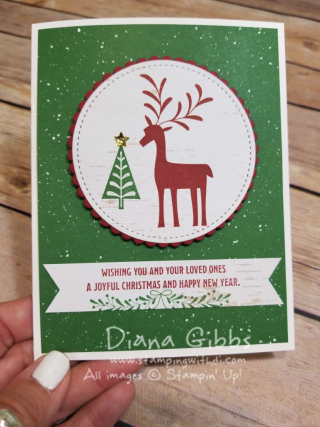 I just love this little reindeer, he is so funky looking, and I love love love stamping on the new Wood Textures DSP, it makes it look...like wood. This was June's Christmas Card of the Month.

Bonus Days - Earn Free Stamps in August
Join my Team Today for an extra $72.00 of goodies in Your Starter Kit
Don't forget that July 31 is the last day of Bonus Days, and the last day to get extra goodies in  your starter kit.
Have an awesome Sunday and thanks for stopping in. Cause it is back!!!!!!!!!!!!! Daisy Bundle has been so popular it was backordered but it is back...again, so run and get it.  You might as well grab the matching DSP while you are at it. Just sayin'! 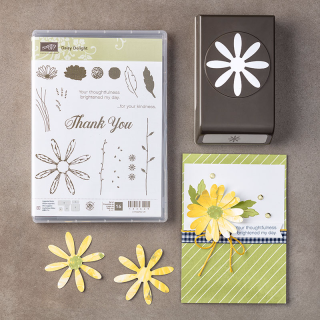 Don't forget that bonus days are ending as well as the amazing deal on signing up to become a Demonstrator.  Get an extra $72.00 in goodies in your kit. New recruits will receive a FREE Essentials Gift Pack including Paper Snips, SNAIL Adhesive, Grid Paper, two D Blocks (one for them and one for a stamping friend!), and a Bone Folder. That’s an added value of $52 PLUS to give new recruits a taste of the perks of being a demonstrator, Stampin' Up! will also include the Carols of Christmas Stamp Set (shown below) from the holiday catalog for FREE ($20 value) 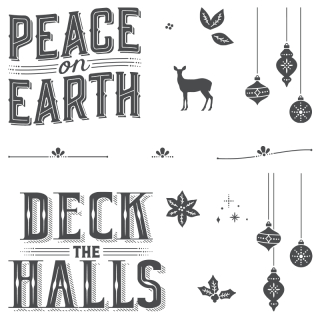 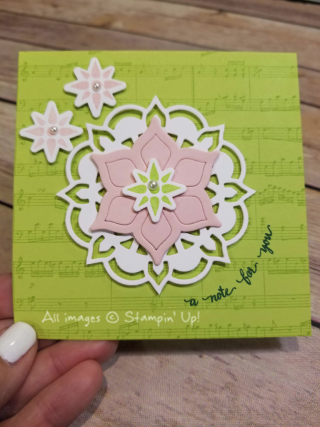 Eek! My fave new color "Lemon Lime Twist" and this beautiful swap card I got from Laetitia Boidevaix from France. Thanks Laetitia!

Ugh my back has been screaming since I got back from Thailand, I might need to go to my massage girl. I also am still having throat issues and they want to do an esophagram, my little sister Jacqui said not to worry, so I won't. She's the medical brain in the family so I will listen to her. Any of you had one before? How bad was it? I am a gagger, I hope they knock me out. 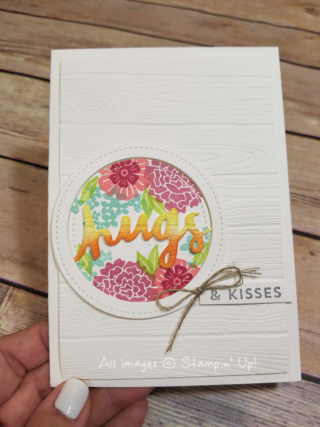 On the Thailand Incentive trip it is for the whole Demonstrator base that earns the trip, so that means global, and those really are the best parts of the trip seeing friends from all over the country.  Monica Gale from the UK is so fun and sweet and I saw her from afar and never got to chat with her till we saw her in the hall and she gave us both "a squeeze" even Jeff got a great big one. Gotta love her, so I was so excited to have gotten her beautiful card in my swap bag, shown above...and what a perfect sentiment eh? Thanks Monica for the beautiful card and the squeeze!!! You don't know whose card you are going to get, we turn in our bag of 26 cards and pick up a bag at the end of the trip. Stampin' Up! does the swapping.