Stitched Shapes Framelits are Back!! 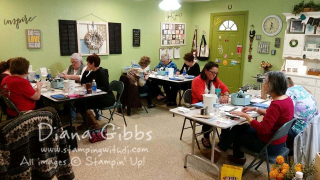 Our internet was off for almost 24 hours, then a recording would call and say fixed and it was not and then the land line was not working (not that we use it, but it worked till they messed around and then they broke it more), who knows what it was but they could never tell me when it was going to be fixed, the girl on the phone with the hard to understand accent and being deaf makes it worse, was saying it is either 4:30 am or pm, she did not know…ok whatever…then when I called the third time (after they called and said it was fixed again and it was not) and talked to her brother he was not any help either he just kept saying they would call me when it was fixed and I was like you are calling me…twice now and it is not fixed…so he said they were just calling everyone…so I finally gave up.  So this morning it is finally back up and running. Think I should call and ask for 24 hours of credit? 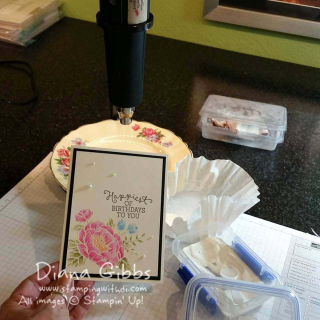 So the girls at class could not listen to Pandora but at least we had electricity and could heat emboss this gorgeous card to color. I will be back with more information on the make n takes.

Who would think one day with no internet would mess ya up…but it totally did, now to play ketchup.