Stitched Shapes Framelits – They are flying off the shelves – get your's today!!

My sweet friend and downline Ellie Wilkins and I headed off to Temple Texas for Lydia Fiedler's Understand Blue Unwind Retreat. 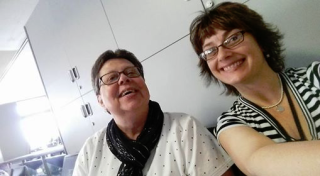 The last time I flew was on Allegiant, and boy flying Southwest felt like a luxury airline so you can read between the lines on the Allegiant flight eh?

No way were we going to Texas without going to Waco, the home of Fixer Upper and Magnolia Market. In fact Ellie had never seen the show and I said she had to watch it before we went, so she binge watched a bunch of them.

Our flight was a bit late and it took us longer to get out of the rental car garage than we planned so we had to go to Waco a different day which was fun cause then we had even more chicks with us. 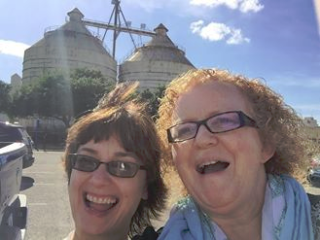 Sue Farrant and I with the famous Silos behind us. Do we look excited or what? 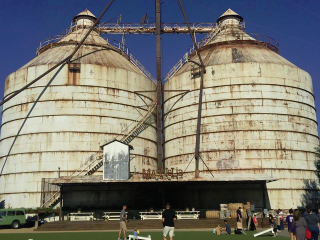 It was so fun being there and seeing what we watch on TV all the time. I was so excited I took hardly any pictures…you know me and shopping…ha! I was taking pictures with my eyes and memory instead. 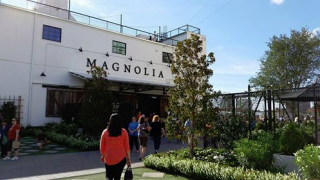 I really could not believe I was there I had thought about it for so long.  I bought some tshirts for us and a hat for Jeff, a few other souveniers too. I bought this great Inspire sign. 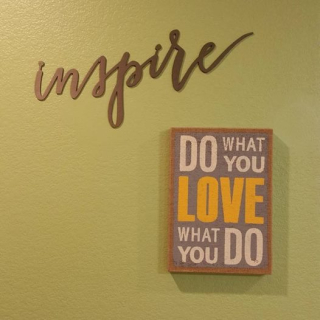 I did not see Chip or Jo (I might have peed my pants) but I did see Jo's Mum and if I had not been buying my stuff I would have said hello, but she was no where to be seen once I was done.

I am reading their book right now and it is so good.

If you have not watched Fixer Upper (on HGTV), definitely check it out. The new season is coming back on this month. So many of Chip's mannerisms remind me of Jeff it makes me laugh.