I got my fake tooth flipper today. It fits perfect on the right side and horrible on the left side, not sure why they put the metal dealie where they did as I bite on it and that allows it to move up and down.  I go back on Friday for them to readjust is, hopefully they can fix it and they don't have to re-do it unless they let me use this one in the meantime or I will be off to Hawaii looking like Hee-Haw, unless it comes in quicker. Although I might just not wear it when I am just at home and just wear it for public viewing as not to scare small children.  I need to take it out when I eat and it makes me feel like Mrs. Doubtfire when she lost her dentures in the glass in the restaurant. "Hello children!"

Here's a cute card I did for my class in the mail, and I cased my sweet friend Debbie (Gibbs - could we be related?) Keane. Thanks Debbie! 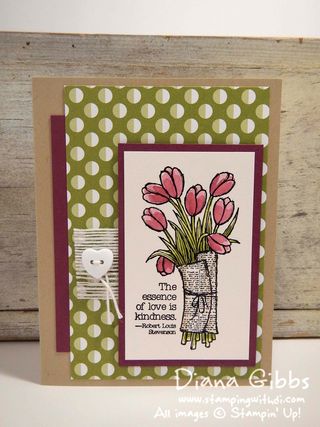 Thought I would share one of the cute sets that is retiring. I love this little bunny. 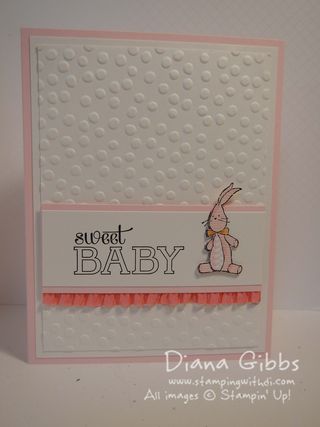 This is from an old post, but she is still adorable.

Here are the weekly deals in my online store, remember these change every Tuesday. Come and look at the deal and place your order right away for these great, discounted products.

Have an awesome week and thanks for stopping in.

It's hard to believe we will be leaving for Hawaii soon. So much for losing ten pounds...ugh! I am so mad at  myself that I put on all the weight I lost last year. I can tell too,  my back is killing me like it used to when I was heavy before. Why do I do this?

I am excited about going though and look at our cute traveling documents that came last week. 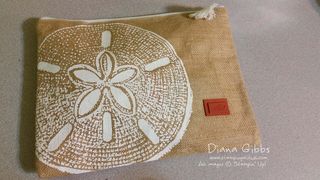 They were in this cute little pouch. I love all the colors. 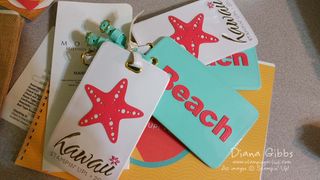 The luggage tags are amazing with all the stitching. Me thinks we might get a beach bag?

I want say THANK YOU to all my amazing customers and downline that make this trip possible. We would not be going if it were not for you.

Yesterday we removed the big brooder out of the run so that the chicks could be in the run with the big girls and the ducks, we had it propped up for a day so they could escape in there but the big girls were ducking up under neath and going in themselves so we said to heck with it. Polly seems to be the worst at chasing.

I do have to catch them and put them inside the hen house at night though or they just want to lay outside with the ducks. They are still confused about what they are I think. 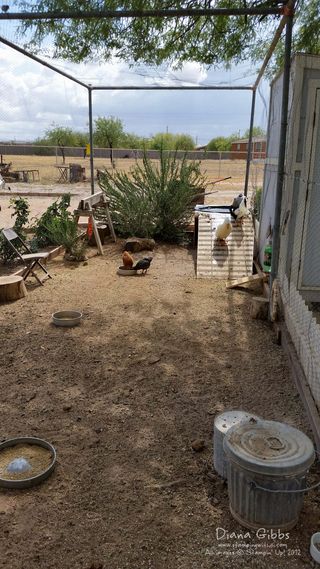 The run looks so big with the brooder removed. It reminds me of what the house feels like after you take the Christmas tree down. I have put up a couple sticky fly things on the outside of the run, I notice lots more flies since adding the ducks. I will have to find something else to use to control them. Polly says "Oh sorry were you wanting a picture of me?"

So this morning Eric and Jeff put the duck  house in the run. I love it, I was going to paint it to match the hen house but Jeff wants to let it weather since he used different wood for it. 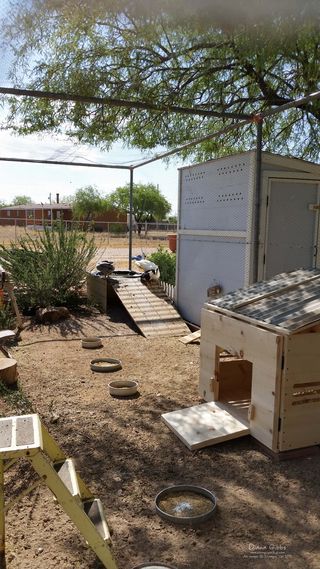 There goes that extra feeling of space...ha! I did put the yellow ladder on the other side of the run now and removed the wooden saw horse I had in there. 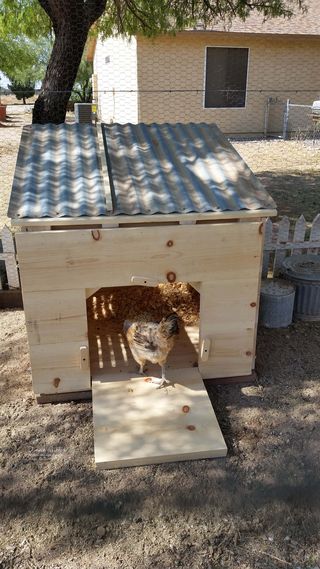 Perhaps I need a Ducks Only sign? It's pretty cool, the top lifts up to collect eggs, and then the front opens full like a door (there are hinges on the right) to clean it out. The ramp just sits there so for easy access. Chickens can step up but ducks have a bit more of a problem, they shuffle more.

So again tonight I had to grab Mary and Rhoda and pop them in the hen house, right now I just set them in  a nesting box a piece. That is not the place for them but at least they are in the hen house and I hope eventually they do it on their own and use the roosting bars.  I did have to chase them and while I did I chased the ducks into their house and locked them in. Then quickly grabbed the chicks.  I had to actually lift the ducks up and set them in, boy they are sure smooth feeling.

Then they quacked and quacked, and I noticed they nibbled a bit on their pine bedding and then the worry wart in me was like oh my gosh they might eat that and choke. Ducks need water when they eat, so I opened it back up and they headed back to the pool.  I need to research a bit more on that if I need different bedding or some water in there (although I think it would be a mess if I did put water in there).  Our run is enclosed all around and they have been just sleeping in there out in the open for a week, but still I think they would be securer in the house.  More to come.