April's Mini Masterpiece – See How to Get Your Own

Class in the Mail – Love is Kindness

So today was exciting, Jeff and Eric put the pond in the run, even before I was out of bed. 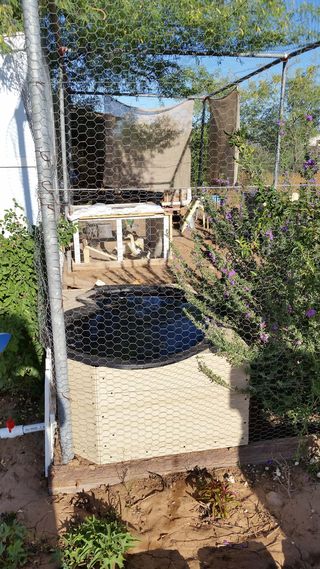 Sweet eh? It sits up off the ground and then you turn the red knob sticking outside the run and it empties the pool. He put a drain in it and then I won't have to reach in by using that red knob. 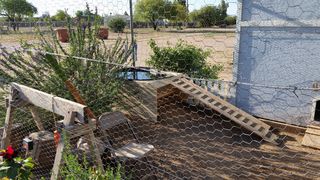 He has a ramp with non skip tape on it so the ducks can walk up and down and go swimming. 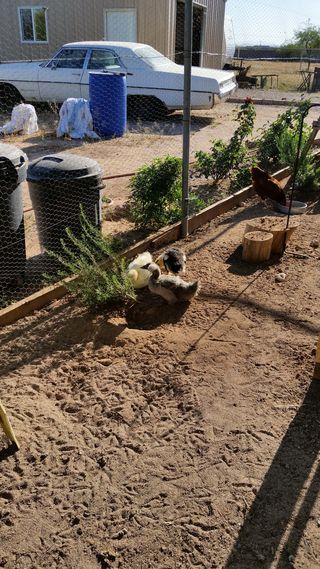 So then we were like, let's let em out…just the ducks, the chicks are still too small. (Although the chicks were like "hey sisters you forgot us!" The ducks know to stay away from the chickens, but the chicks would have no clue and would be going over "hey what's your name? wanna play? ow!! my eye!!!" Polly was the first one over to them and gave a little peck…quack!!! Then she was like "if it walks like a duck and it quacks like a duck it's a duck…I'm gonna go eat my breakfast, these girls are boring". So the chickens basically stayed together and the ducks stayed together all day. They would pass back and forth just avoiding each other. 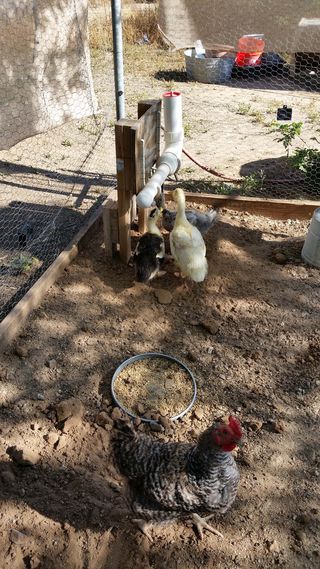 I showed them where the water fountain is but I also added a separate one that is just a nipple on a 2 liter pop bottle since the big girls seemed to be hogging the water more than usual today.

Georgette was the first one in the pool…(she's the easiest one to catch). I tried to teach them how to walk up the ramp. Have you ever tried to walk a duck up a ramp? Can you see Edith and Phyllis looking on?  I did get them all in but they are really bonded to each other and would be looking for each other the whole time. I think if I could have gotten them all in at once it would have been better. Georgette was the only one that stayed in the longest and she was going under and having fun, but it was too much excitement for one day. I tried three times and they jumped off the side all the times, the only one that used the ramp to come down (after the third time) was Georgette.  Jeff said they'll have to use the ramp to get in so they will figure it out.

As for the sleeping…I really want them to sleep in the hen house on the floor but they were not having any of that, and quacked at the gate when it got dark, so I opened the mini brooder door up and they climbed in there for the night. When I went to check on them they were all asleep in a row, duck, chick, duck, goose,chick duck!

P.S. I hope you read this far and if you did bless your heart for putting up with my chatter. Don't forget free shipping starts today.