Toto, I mean Toby had every right to be scared last night. It was crazy around here, a microburst went through the neighborhood, the last bad one was maybe 6 years or so and we had no power for days. I had done my blog post and turned computers off as the lights flickered a bit, then it got really windy and something hit the house hard and I could hear things flying outside, so I thought maybe I don't want to be in my studio alone. I have been in a tornado before, not fun. So before I could even get in the house, the lights went out. It was really raining and you couldn't see anything until lightening would go off and you could see it quick like.  Jeff would stick his head out once in a while and I would yell "shut the door!".  So we finally just went to bed. The power was out for hours and I don't know when it came on, I just remember feeling the cold air hitting my legs once the a/c came back on, but I was so tired I just fell back asleep. So Jeff woke me up this morning and said, "wanna come out and see the damage?".

We were pretty lucky compared to some of our neighbors. The girls coop was upside down and the guys had to turn it right side up. The girls were still inside and safe and sound, but boy they must have been scared. 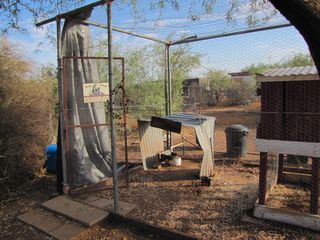 The water cover is where the coop was laying on and holes in the chicken wire. 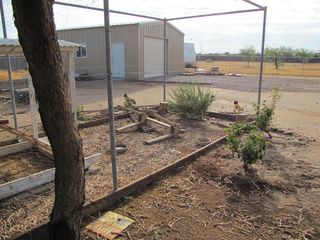 Stuff thrown around inside.

The tree is half gone, the part that broke off flew over about 80 feet. 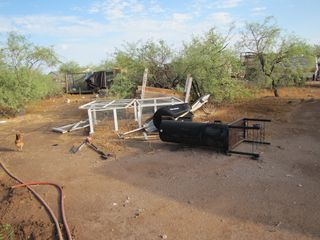 Hard to tell this jumbled mess (our insurance adjuster Miss Mork chicken is checking out the damages), the smoker, the chicken coop the babies were in with Alice – remember? and Fiji's mini cooper is turned upside down…and way over behind is the chukar cage, it rolled a couple times and that thing is heavy. 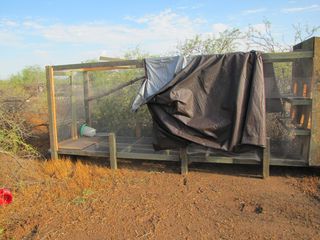 It landed on it's legs, and on the other side of it…is the other half of the tree. Thank goodness we don't have the chukars anymore and thank goodness the wind was blowing that way or it could have hit Jeff's new shed. 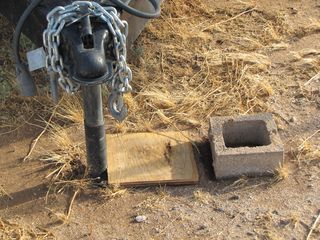 The travel trailer moved over, it was sitting on the block.

We had some shingles off the house and one corner banged up but lucky other than that.

My friend Emily came over to check it out and she has a big long lens camera so we jumped in her truck and drove around. She shared these pictures with me. 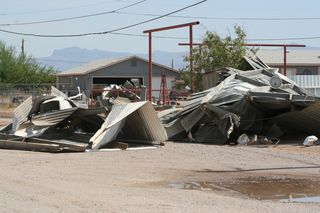 This is our friend Richard's shop, what is left of it. Parts of it were over at our house and all over the neighborhood, and we are a block away. 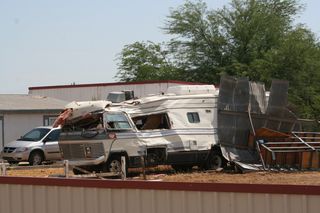 This is the neighbor that lives next to Richard, his RV is totaled. 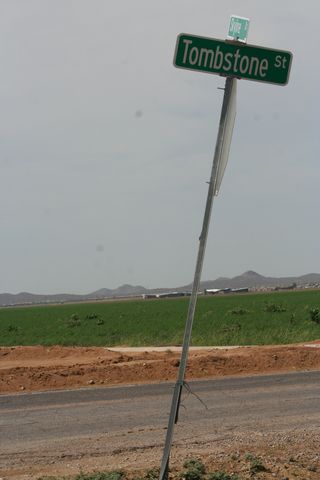 The news crew from channel 10 came out and here is their report. Let's hope we don't get anymore winds, cause there is stuff really laying all over now I can imagine how easy it will be to go flying.