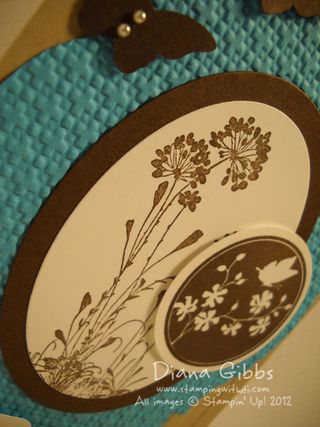 So today I did it. I called Eric. I could not wait anymore. He has called his Dad a few times so I know he is all right but still. So he answered the phone. "what?" and I was like "is that how you answer the phone? Not Hi Mum, I miss you?" and he said "I don't miss you yet". What a nut.  So we gabbed a bit, he is having fun. Then he called me a bit later to get Jeff's shirt size, he is going to get him a tshirt for Father's Day. He said "don't tell Dad". I can't wait to see what he gets.

I loved this card I got from Michelle Miller in my Fiji swap.  I love all the different shapes and the colors too. Loved the embossing lines only on the bottom of the card. Thanks Michelle. 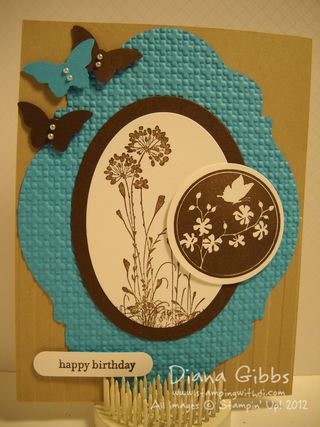 So Jeff could not find his keys tonight, and we looked everywhere, and finally after an hour of looking they were in his truck even though he had checked twice…where in his truck? In the ignition.  He never does that. When he came in saying he found them, he just laughed and said "you won't guess where they were" and I didn't. He had picked stuff up for me at the store and was probably unloading and just forgot. So he missed the North America show that was all about Arizona, I told him I taped it for when it comes on again, it looks like they showed the Horseshoe Bend that we went around last year during Founder's Circle.

Well this old gal is signing off. Have an awesome Monday and thanks for stopping in. P.S. I'll post my thoughts on Next Food Network Star tomorrow.