So today I finally found a bathing suit that I don't think I will be embarassed to be seen in.  I do admit once I get some color on my old white legs that will help, and if I could lose at least 5 pounds that would help too, 10 would be better.

So after I found my suit I said on Facebook that "yay I found a bathing suit for Fiji" Too funny some of the comments, the girls were saying how funny Fiji would look in a bathing suit, Tandra even said Fiji-kini…ha! 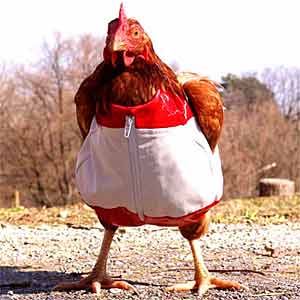 So I came home and found this picture off my blog from forever ago and showed Fiji…she was having nothing to do with it. 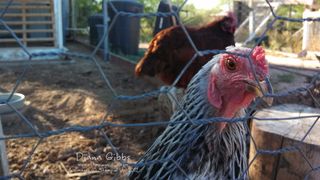 "You've got to be kidding Mummy, but I haven't worked my butt feathers into a toned mass of sexiness just to be covered in a bathing suit".

So there ya have it. The girl has spoken.

So I was hoping that they would finally kick off Phillip tonight. He immediately pulls Dawn and Corrine aside saying he threw the challenge and all that, and they are not believing him at all, and I don't either. They finally merged the groups and I don't remember the dark long haired girl hurting her leg but it is wrapped up and she is limping.

So then of course the tribes are all, how ya do, blah!blah!blah!, don't talk to this one and we don't like this one and then this one goes talks here and there, and of course Phillip is like this is how its gonna go…whatever. I don't know how they can tape them talking alone and not have anyone hear them, as they lounge in their bathing suit chatting it up with the camera.

So then the first challege was…drum roll please…oh wait give me that drum stick so I can KILL THE GRUB I AM GOING TO HAVE TO EAT!!!!. But really I loved it…not the grossness, but this is the survivor I remember watching years ago.  They all had to eat two gross grubs and they were alive, I mean before they uncovered the plate the plate covers were moving…these are the grubs the neighbor brings over for the girls from his compost pile…blech! One part was so funny though, Erik had been eliminated but he is still chewing his bug…spit.it.out.man!

Then it got down to they had to eat ship worms or something, and there was actually one girl amongst all the guys, and these things were like black stuff coming out of them…(I don't think it was licorice) the girl lost and Jeff says "you got a ship worm mustache"…wonder if she'd get elimated instantly with a smack to Probst head as she walked by him, or like Corinne said over and over a punch to the face. Then it came down to eating duck embryos…OMG! so you could see the wings and beaks like all curled up cause they were just in the egg. So the one poor guy starts eating and gagging and a piece goes flying out his mouth… So Jeff says "you have to find that piece and eat it!" what???? So this guy couldn't eat it and he was eliminated, but as he sat down he says he bit on the beak first…I was laughing so hard…Then it was Cochran (the nerd) and Malcolm (golden boy) and Cochran was an eating monster and he won immunity. He deserved it too. Revenge of the Nerds!!!

So I figured they would vote off Phillip there was so much talking back and forth and little huddles here and there, it started out being Sherri and then they were saying Corinne, and even though I wanted Phillip gone, I so wanted to see Corinne's face if they got her off there…she had no clue.

So they totally had to have put the names in the pots a certain way for drama, and it worked cause I loved that most of the names were Sherri and then Corinne got all smug in the face till her name started showing up…and then she was covering her face and she was voted off (I don't even think she will be part of the jury)…but really unless things really change next week (like they did this week)…Phillip can go. I like Erik and Cochran…right now…oh and Dawn seems so sweet and motherly…