Mini Masterpiece for April – Collect them All!

In February we could vote on a Project Kit and I am so excited cause the one I liked the best got chosen, and this is it. Is this not a beautiful card? 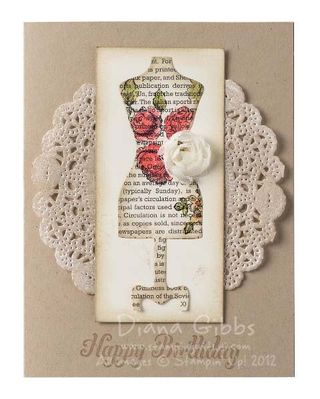 Now you can order the kit to make it. Here's more information. 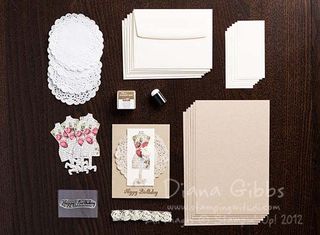 We're excited to introduce our second Submit a Project kit–the Dolled-Up Birthday Kit–voted on by you via our Facebook page. This gorgeous birthday card was created by Chris Gilmore, a manager from Coshocton, Ohio. Congratulations, Chris!

OK so now I am going to jabber about The Voice…so if you don't watch the show, I don't want to bore you so I will say , have an awesome Wednesday and thanks for stopping in.

Back to my two cents on The Voice, I will critique the two nights of Battles. Like I had told you before this is the first season I have watched the show so this is all new to me…way different than American Idol…thank goodness.

I don't know how they decide who goes against who, that would be so hard.

Adam's Team: Amber vs Sasha – this was a hard choice, I like Amber's tone and it was more unique sounding. Adam picked Amber and Shakira stole Sasha. That was kinda cool, the whole stealing thing.

Shakira's Team: Garrett vs J'Sun – that lip piercing looks painful, both were awesome,but Garrett has the more unique sound. J'Sun should be a model with those chiseled good looks. Shakira picked Garrett. No steal.

Blake's Team: Holly vs Michelle – not sure what Michelle was wearing, some sort of Wonder Woman costume, she was too wiggly when she sang. I liked Holly better and Blake did too. No steal.

Usher's Team: Jess vs Taylor – never heard the song before but I liked it. Jess was stronger and more unique. Usher chose Jess and Blake stole Taylor.

Blake's Team: Christian (who is from my BFF Tracy's home town of Stroudsburg, PA) vs Swon Brothers (a duo) – geesh it was like a hair shampoo commercial for men, they all had this perfect head of hair…oh back to the singing, I felt that Christian was the main singer and the other two were the back up, but Blake chose the Swon Brothers and there was no steal. This was the only one I was wrong on.

Adam's Team: Judith (who was actually a back up singer for Micheal Jackson on his This is It show) vs Karina – not sure the outfit Judith had on with the long crotch and all the orange. This was a hard choice cause they were both good, but I really wanna see Judith go far after missing out on the tour. Adam picked Judith and Shakira stole Karina cause she missed her originally.

Adam's Team: Micheal (the sheriff) vs Warren (the fireman) – loved it was the country guys but it was hard to hear with the music, I liked Warren best and that is who Adam picked. No steal.

Usher's Team: Jeff vs Josiah – Jeff kinda made Usher mad during rehearsal, they were not taking it serious. They kinda were screaming I thought, and Josiah walks like his sh(oes) don't stink, but he was a model. I figured Josiah would go through, I did like him better and sure enough Usher picked him. No steal, but Usher was chatting up Jeff at the end so who knows…can they sign them up off the show?

So we didn't get to see all the singing they just kinda said who won a few battles…makes me wonder if they won't go far cause we are not getting to know them.

Blake's Team: Caroline vs Danielle – They are a couple of the younger singers, and before they sang I liked Danielle's sound better as they rehearsed, they kept saying Caroline's was unique but she reminded me of Adele, which is fine, I love Adele. They both sounded amazing, and I wanted them both to go through but picked Danielle with her cute little invisalyn smile and amazing voice. Blake picked Danielle, and both Adam and Usher hit their steal buttons cause they wanted Caroline, and it made me cry cause I really wanted her to stay too. She picked Adam…yay!

So next week looks good too.

This old gal is off to bed.