Win a Free Trip for Two to San Diego – Courtesy of Stampin' Up!

It's a Fabric Frenzy!

I have mentioned Cecile Ortiz before and she does amazing stuff (bowing to Cecile), and she has made this frame with 15 mini masterpieces. Well I wanted to make it and then I thought maybe my team would be interested in doing a swap, so I asked and I will be rootin' tootin' we filled the swap in like one or two days, in fact I even had a waiting list if anyone dropped out…too cute. We all picked one of the mini masterpieces, made 15 of them and then we swapped them.

This is the one I picked. 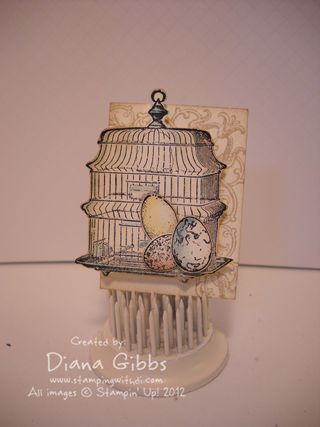 I took the picture before I mounted it on it's rectangle piece. I can't wait to frame them all (I gotta find a frame)…but I have been working on taxes…yay all done, now to get them to the accountant so I can get back to fun stuff. 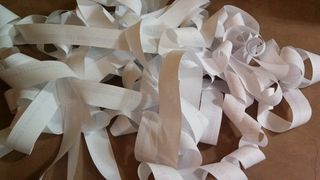 The Voice & Survivor…if you have not watched either, look away…

The Voice from the other night. Here is my two cents…I hope I have the names right…

Tawnya, I loved her voice and that is totally my kinda country. I can't believe that Blake didn't pick her.

Josiah, so cute and Usher is so funny with his leg all up on the chair being all sexy.

Midas Whale (prounounced Might as Well) – loved that! Will be interesting to see what happens with them.

So the one girl sang in spanish (can't remember her name)…I prefer them to sing in English, it's bad enough to be deaf, but it is even worse when I don't know the language. Her and Shakira will make a good team.

Sarah – wow she was so unique, and can't wait to see more of her.

I have never watched the show except for the last two or three episodes from last season, so I am enjoying the whole spinning chairs, the fighting over the singers thing. It's like a carnival ride, and I wonder if they had to take dramimine before each episode.

Now let's move on to Survivor…

Tonight, are you kidding me? Get rid of Phillip, because really my eyes are going to stick in the back of my head, I roll them so much during the show. At one point during the challenge he said they could not run because the girls would tire. Then he said he could not run cause he was saving his strength cause he would have to carry the weight (when people got tired and passed their weight on), yet Corinne took the weight from one or two people when they got tired and Phillip took NONE!!!! If he talks anymore crazy covert James Bond stuff…grrr… Now it was too funny when the other team won…AGAIN..Dawn from the losing team said not to worry as the winners were going to have a diarrhea feast (the winners got cakes, cookies, brownies, and all sorts of stuff…yes even coffee and espressos…which yeah would have me running to the toilet or for the show maybe a hole under a tree, excuse me are you done with that palm leaf??). So then when the team with Phillip on it, lost the second time which sent them to tribal, Phillip actually had the nerve to tell Cochran (who reminds me of Revenge of the Nerds), who when he was sitting in the rock talking to the camera…the angle made his head look huge…kinda like when you make yourself a dancing elf at Christmas online…anyway…back to the show…Phillip said he purposely lost the challenge so they could go to tribal. I really think Phillip believes the stuff that comes out of his mouth, in fact while he was talking I think Cochran was almost laughing in his face. I was hoping they would kick Phillip off, but they didn't. What the heck? Looks like next week they join the teams, so maybe he will go then. Ouch, I'm still rolling my eyes.  Ha!

Well this old gal is off to beddie bye.