Free Stamp Set for the Month – Sent with Love

The Spring Catalog is Here! 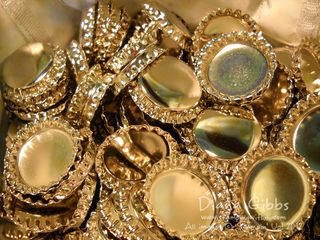 Another long busy day…too funny yesterday Rhonda and I were like "oh we can run over and do some antiquing as a reward for getting everything done"…ha! We still have a few more days of work to do.

So instead of going antiquing we got smashed instead.  Well not that kind of smashed, this kind. 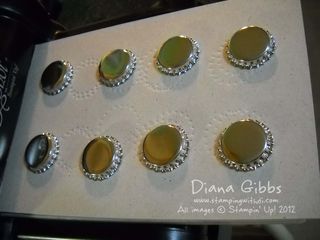 You take our new Soda Pop Tops #129388 and you can smash them down and decorate them.

The trick is to open your multipurpose platform all the way so it has no tabs. Then take a piece of chipboard and lay it on the multipurpose platform (we will use this as the base instead of the clear plate). Now put a few Soda Pop Tops with the smooth top pointing up. Space them around…in fact I would run one through first to make sure you like what it does. The little ones don't smash as well. 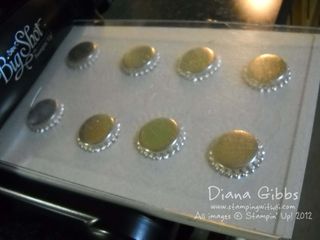 Then put the clear plate over top and carefully run it through the Big Shot…do not force it, that is why I would do one at the first, to understand the feel of it going through as it is different than embossing or using framelits. 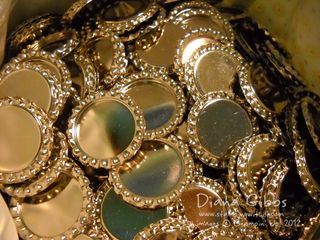 Then you end up with a bunch of circles with bumpy edges (280 to be exact)…so fun to decorate. I am going to be mean and not show you where they are going till after Spring Fling.

Well I just finished watching the final episode of Downton Abbey season three, I won't spoil it if you have not seen it, but if you want to chat, email me.