I aint pulling your leg. I'm too tired for that. I was up late last night and up way early this morning. There was a parking lot sale at the antique mart and I wanted to be there bright and early. I'll post pics of my goodies tomorrow.

Today I wanted to show you the pics the guys took when they went ice fishing. Geesh Rhonda and I thought it was cold this morning (well she did forget her coat) but Jeff just laughed and said it was cold where they went. They did wear long underwear.

Jeff, Eric and our friend Armando went to Willow Springs, it is 45 min from Payson. (Jeff told me cause I had no clue – I just kept telling people they were going where it was cold.) 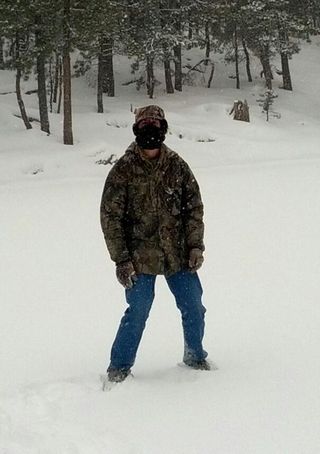 Here's Jeff and the toilet snake digging the hole…ok it is a real ice fishing digger thing. 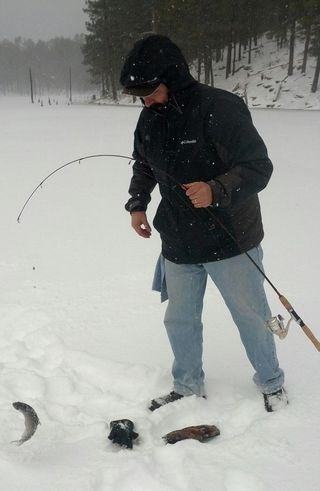 Armando and his fish. 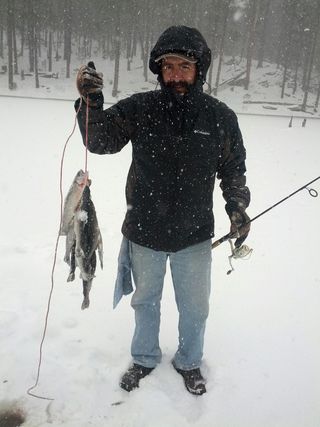 More fish and look at the snow falling. 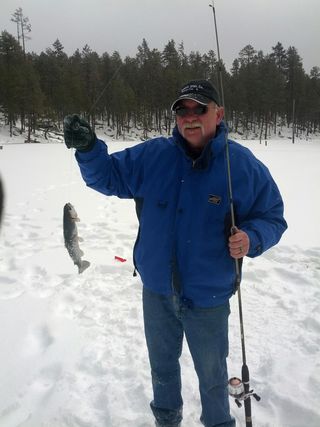 Look at that bad boy…and the fish. 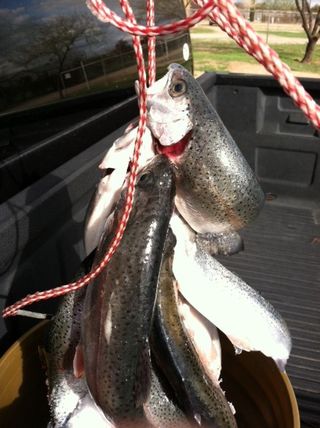 They got 13 altogether, not a bad amount I guess. Armando took them all home. 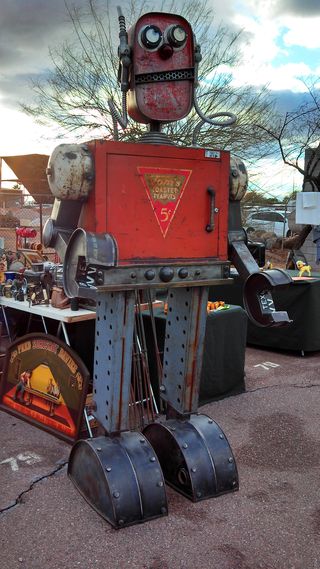 I told Jeff if I was a millionaire I would have got this and put it on our property. He said no he didn't like it. I think it is way cool with all the different pieces of stuff making it up. It reminds me of that fighting robot movie…ok gotta love google cause I am like I can't type fighting robot movie, I'll look like a dork, so I typed fighting robot movie in to search and Real Steel came up, which is what I meant.

Well I told myself I would get to bed earlier tonight, so I am saying night night!