Last month one of the neighbors was getting married so Jeff and our neighbor Jim were making coasters and I think each guest was going to get one.

So Jeff came over and said "hey we are stamping" and he wanted me to take a picture. 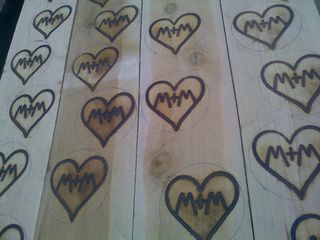 I think they were more like branding, but still they turned out cute, I don't think I took a picture of the finished one. Neat eh?

So I was all ready to watch American Horror Story, I had set it to tape and oops somehow it didn't, that must have been the show Jeff said no to last night, so I need to figure out how to make it tape the later show and not the earlier one that has something else scheduled. If not, oh well I can watch it online.

I also realized that when shows run over a minute, it won't let me tape one that starts on the hour. Technology is so confusing. I bet the shows do that on purpose so you have to watch them in real time and not skip the commercials. 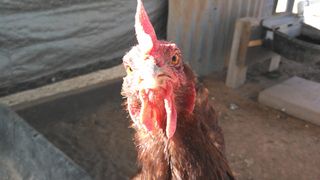 Stella doesn't understand it either. This is her checking out My Precious yesterday.

Well enough of my blabbering, this old gal has to hit the hay.