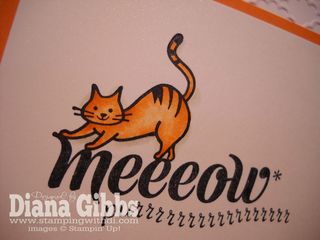 This morning I was looking out Eric's bedroom window…he has the best view of the chickens and the chukars so that they don't know they are being spied on.  As I was watching them I could see this thing crawling and I was like wow that looks like a big lizard, it kept coming but not close enough. We have these sunscreen shades on our windows, they work great for keeping out the sun, but they are horrible to look out of.  So I said "Poppa make it stay there till I get my binoculars". So I ran into the other room got them and went back into Eric's room. Poop it was gone.  So I stood there about 5 minutes or so…yeah get a life right? It never came back.

So then I did my pilates…yeah! and then I had my oatmeal.  So while I was rinsing my bowl I looked out the kitchen window and I was like what the heck.  The lizard was on the brick thing that I found the baby scorpion under yesterday. So I ran to get my camera. I wonder if Poppa was saying I can only make that lizard sit on the brick so long dear…ha!

I took one through the screen door first. 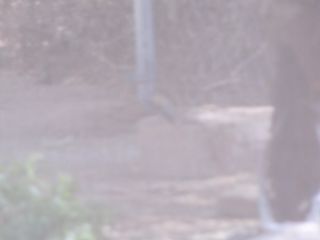 See what I mean? That could be the lochness monster out there for all we know.  So then I got down on my knee and slowly opened up the door and took a couple pictures with my zoom on though the crack of the door. 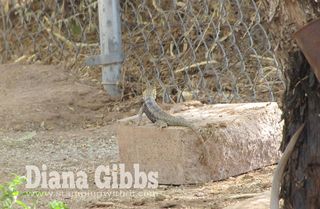 This is the first one. He was looking the other way. 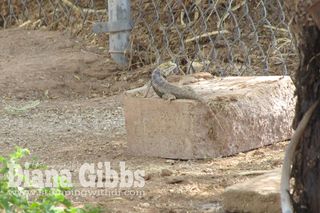 Not sure if he could hear me or not. 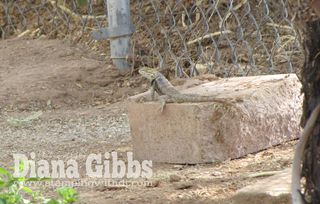 This one is the best. I wish I would have taken more.  I was afraid Toby was going to bark or run out the door after him. So I closed the door.  If you click on the picture it will go bigger, you might have to save it to your computer in order to blow them up closer.  He had to be I am thinking 8 – 9" long or so. I hope he sticks around, and the neighbors cats don't get him.

He is a Desert Spiny Lizard. At first I thought he was a horned lizard or a bearded dragon, but I think the Desert Spiny Lizard is more like it. Cool eh? We also have an Oriole drinking from the hummingbird feeder, but same thing I can't get his picture through the screen.

So I had to run to get some Tylenol for my pain. Mary and others have told me that the Naproxen is just an antiflammatory medicine and not for pain, but all I had in the house was Advil and I can't take that and Naproxen together, so I had to run to Staples to get my cordless keyboard and mouse, I got a Logitech Wave keyboard and I love it (I still have to get all the shortcut keys figured out though). Can't wait to get my drawer fixed as a keyboard foldout thing.

Walmart is in the same parking lot so I figured I would grab the few things I needed while I was there.  I went over to the Pharmacy area and all I could see was Advil, Aleve, and their version of Ibuprofen.  I finally found one bottle of Tylenol.  I went over to the guy that you hand your RX to and asked him if it was ok to take the Naproxen and Tylenol together, and he said wait an hour or so between. I told him why I needed it and all I had at home was Advil and he said what Mary said, I was not to take that.  Then the pharmacist guy asks if he can help and the guy helping me explained what I was asking.  So the pharmacist says that Tylenol is the same as Naproxen.  They are all nsaids he says, and I was thinking this is not what Mary said. In fact it said on the bottle acetaminophen and not Ibuprofen.  The first guy looked at him and said this is Tylenol and again the Pharmacist said yes they are all the same.  I wanted to tell him he was full of it.  So I got it and called Mary and she agreed he didn't know what he was talking about. My Doc was on lunch hour and closed.  I think I am going to call the Walmart home office tomorrow and report this, I mean what if he tells someone else meds are ok to take together and they are not?  I am glad I don't have to go to Walmart to get my RX's filled.  I am not calling the store, cause I looked at the receipt and I can not even prounounce the managers name. Sorry I just had to vent.

Oh and at least I got a good laugh while I was at Walmart, it almost made it worth going in.  When I came around near like the breakfast sausage or something they had one of those booths where they cook some on the toothpick and let you try it.  Well when I was walking up I could see the girl was chewing something. So then I watched her and she would lean down a bit and eat the sausage, and I was thinking I hope she is not using the same toothpick, from the angle I was at I could not tell, as I got up in an aisle I could see her better (I was like Bond, James Bond). She did it three times and she was throwing away the toothpick, thank God. What is funny is as I walked by she didn't even offer for me to try any…not that I would cause isn't this like eating overtop of someone elses food? What a crazy day!

I wanted to use my Animal Talk set again, it is too cute.  I did the same layout as I used the other day, but used the cat instead. 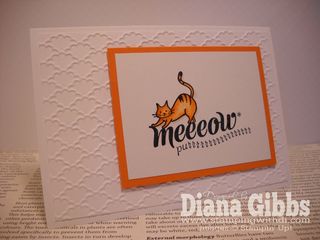 Well this old gal is gonna sign off, I had quite the day of excitement.