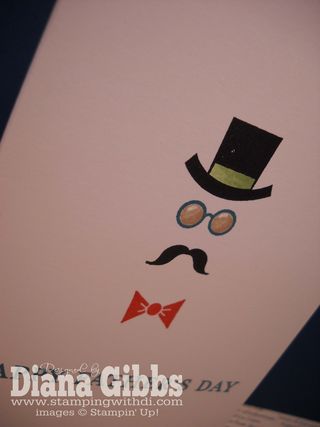 I had some errands to run today and I wanted to stop in at the antique mart to see if my dream hutch was still there, I didn't think it was, but I took the picture with me to show the one I meant, and nope long gone, she said I should have done lay away, heck I never even thought of that. Oh well something else will come along.  I am still tempted to just paint my red shelf shabby.  Add some doors on the bottom, some fancy molding on the top.  I'm gonna go to the antique place in Chandler first though.

Look at this cute table, it would be perfect if you needed a Big Shot station, or even if you had two printers, the sides drop down, I was so tempted to find some use for it, but I left it there. 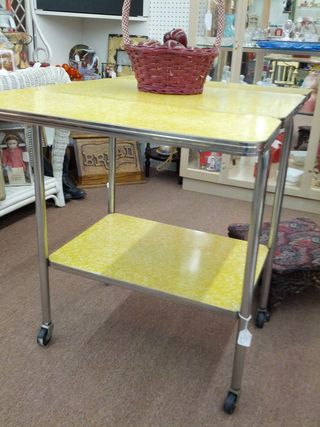 So when I was driving around Kenny Chesney's song "Come Over" came on, and what? does he say Come Over like 100 times in the song? Geesh. I was thinking my friend Mary Hoffman (who sang with Sugarland when they were here in Phoenix, and actually opened up for Kenny last year or so) has better songs than that.  So I called the radio station to request her, and it rang and rang and rang…I was like do I hang up? Is it really ringing? Is a robot running the station? What if there was some contest going on I didn't know about and I am the next caller to win….and it rang and rang…what if I hung up and lost out on like the Best of the Judds CD or something…and it rang some more, and finally they picked up. I did not win anything, but the guy totally wrote down Mary's name and said he would look for her.  I hope so, she's uber talented.

When I got home look what was waiting for me… 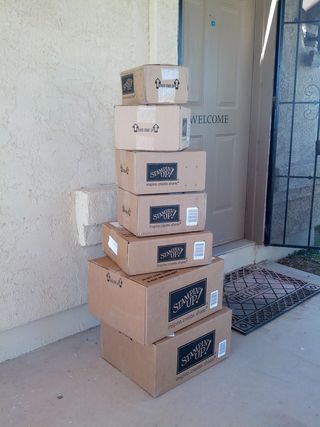 …a tower of Stampin' Up! boxes, I wish I had of been here to see my UPS man (Curtis the best) stacking them.

So there is a new stamp set that I just had to get and it is called Stylin' Snowfolk #126285 (w) #126287 (c) and it is not even the snowman I am excited about, it is the fun man face. If you look on page 16 it has the hat, the glasses, the mustache and the bowtie, it is like a man right there, or should I say gentleman. I mean he does have a top hat on after all. So I wanted to have fun with them. With Father's Day right around the corner…here's a little tribute to a few Dad's, maybe they will resemble someone you know. 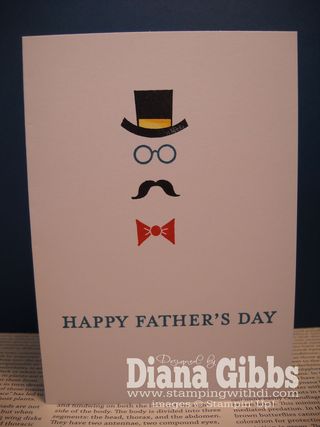 This one kinda reminds me of our friend Lee. He would have a cowboy hat on though, but he looks dapper with the top hat on. 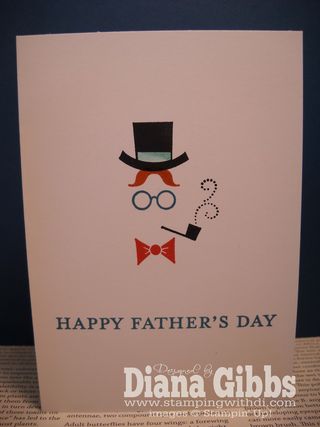 This one is a young Poppa, he used to smoke a pipe…I used the mustache as hair, I don't remember Poppa with hair, but he had to have some sometime. I remember one time I was watching a tv show and someone was smoking a cigar on the show and I was like OMG I could smell it…come to find out Poppa was smoking a cigar in the kitchen…ha! 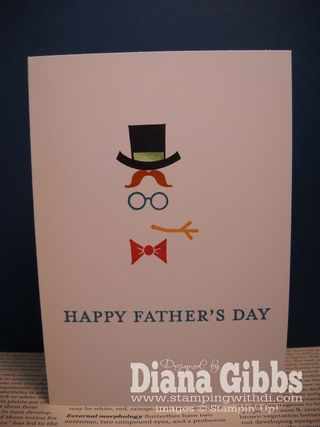 Here's my Dad as a young man, he's a farmer and he's chewin' on a piece of straw. 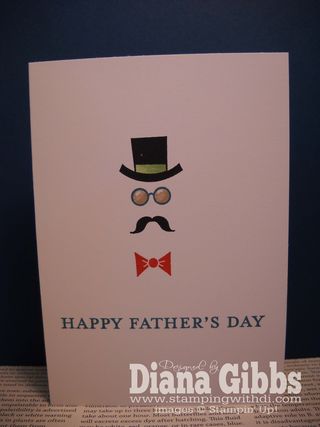 I hope you get the set and have fun with it, and I wanna see what you come up with.

Well I better get off here.