So today was the big day, the move from the brooders into the big pen.  Jeff figured he would make a door in the side of the brooder and chase them into Sammi's old dog crate.  I said "why don't you just load up the brooders onto the back of the truck and drive em over there and then open it up and let them fly in the new pen?" But Jeff had it all figured out.  Mary stopped by to pick up her order and we were teasing that Jeff was going to lead them over there like the partridge family.  He'd have to walk like them all strutting like…ha!

So Eric and I had to run some errands and Jeff said to be back by 5 as that is when he was going to do it. We got back at 4:55, and Jeff had them loaded on the back of the truck…hmmmm…did he do it his way? 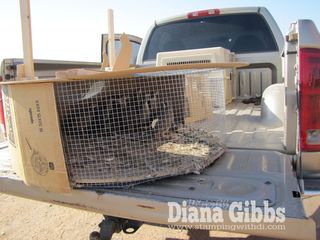 No he did it my way…ha! I love that!  I rode in the back of the truck holding the lids down cause man those babies wanted out of there and were jumping up and opening the lid a little bit. OMG! these brooders STINK!!!! I bet they are going to be so happy in their new pen. 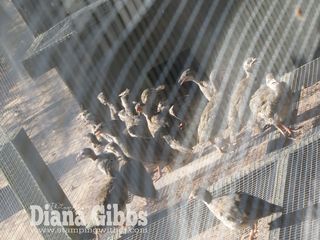 So here they are, they are so funny. They flew around and even went into the little holes for where they will lay eggs eventually. So right at first all you saw were like five of them the rest were hiding. 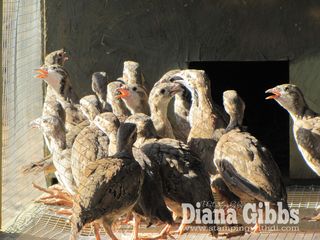 Here's a better picture once they calmed down.  I opened the door so the screen is not in the way.  They are getting big eh? 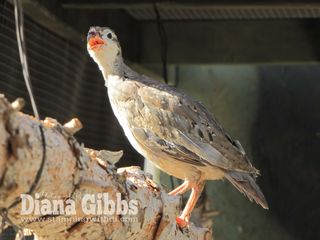 This little guy/girl flew right up on this tree that Jeff has in there. 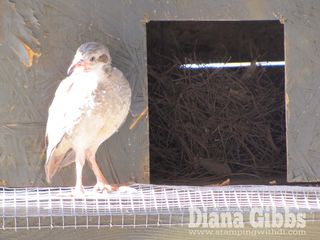 Here's one waiting outside the hole. 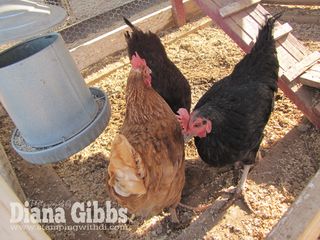 So the girls heard all the commotion and they were like "what the heck is going on?" 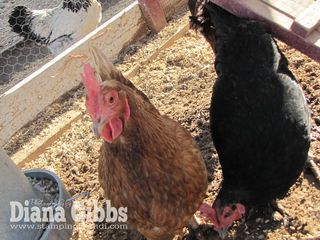 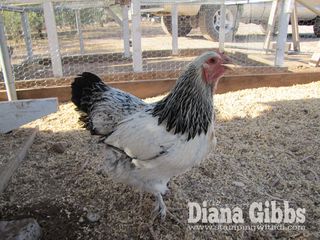 Fiji is hoping that this will take some of the attention off of her. 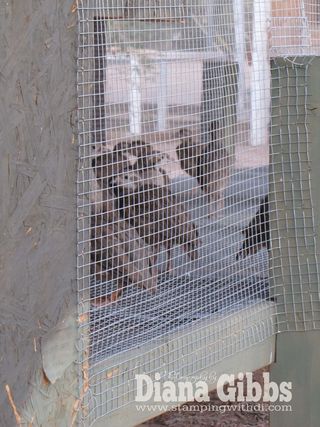 We went out when the sun was going down and they were a bit more calmer, I took some video as they were running and they are funny to watch, Jeff and I were laughing. They also sound like little kids laughing.  I'll post the video tomorrow, I have to get all my stamp club orders ready for the postman to pick up tomorrow before the local club girls get here.

My danged arm has been bugging me since we got back from Disney and tonight I was lifting a bunch of heavy stuff and yowza! Rhonda said it sounds like frozen shoulder, she said to put ice on it.  I swear this getting old is for the birds…ha! Perfect post for it then eh?