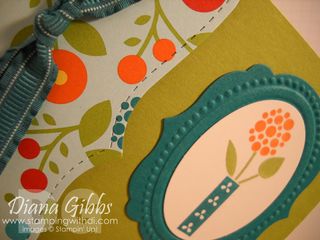 I spent part of the day trying to get everything priced for my sale. Holy Moly I got lots of stuff. But what a mess right now.  I also helped Jeff a bit this afternoon cutting wires for the new pen for the girls. I had them running around while I did it. Some of the time Fiji was on my lap. She's a lap chicken…ha! 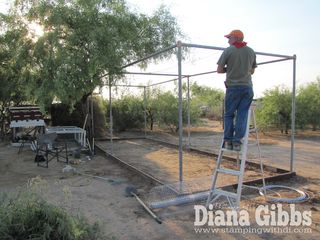 Here's hubby doing the wire, see how nice and big the new yard will be?  He put a wet hankie around his neck to keep cool. He's so cool, he's like the Fonz…Ayy!!!! 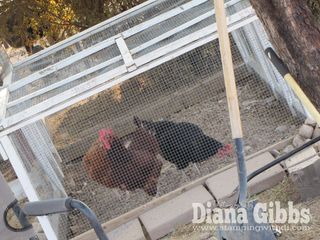 Here's a few of the girls after I locked them back up, saying "hurry it up pops, we need more space!"  One of the neighbors told Jeff there was wild dogs running around and actually killed one of their chickens.  It drives me nuts people dump off their dogs around here.  This is a new couple by the sound of it.

This is another swap from Disneyworld, and I love the Top Note on the side.  This card is by Brenda Hukriede.  Thanks Brenda!!! 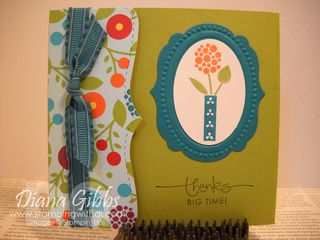 Jeff wanted to watch "The Grey" and I needed water for class tomorrow so he said he would go get it and grab the movie.  Well he went to the old Frys and they didn't have it (I never go to the old Frys…ugh) and then the Block Buster was out too, so he came home and did Pay Per View with it.  It was an odd kinda movie. I don't know what I thought it was about.  I kinda figured out some of it, but not all of it.  I am glad we only paid $5.99 for PPV and didn't buy it.

Well I am gonna sign off for tonight and try to get my studio cleaned up for tomorrow.