…to some of my favorites. You have only till the end of May to get any of these stamp sets. 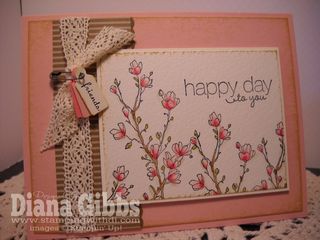 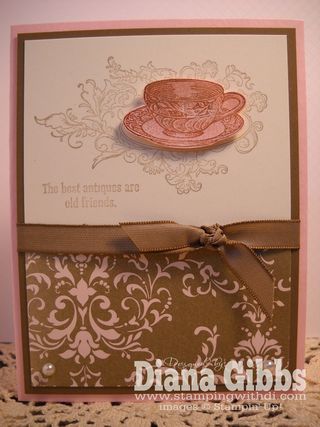 Elizabeth and Timeless Treasures, so beautiful together. 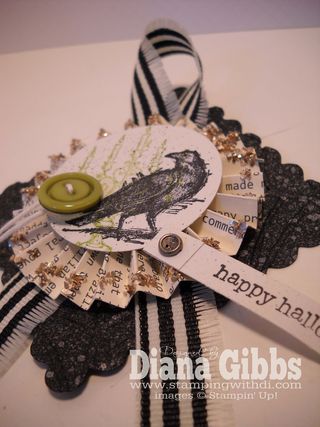 Dark & Dreary, but such a fun set. 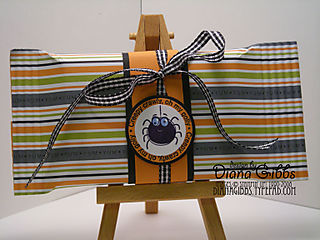 Batty For You, who knew a chocolate bar could be so cute? 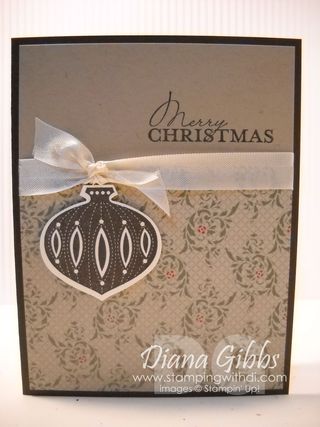 Contempo Christmas, fun and easy and I love that font. 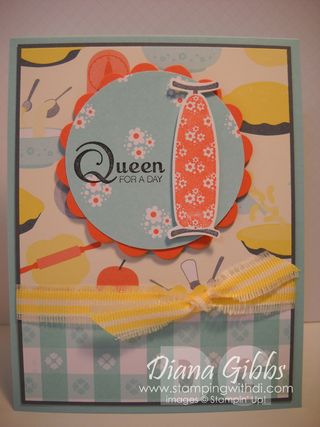 House & Home, almost made me want to like ironing…almost. 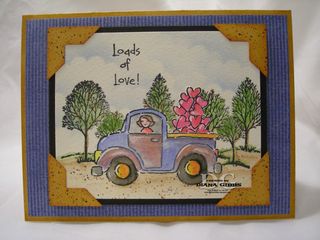 Loads of Love, was loads of fun to color, gonna miss this ol' truck. 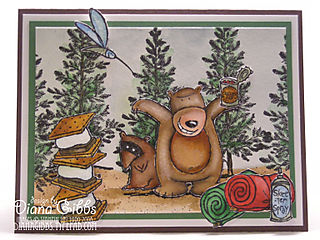 Under the Stars, another fun one to make a scene with.

Ok that is enough for tonight, just make sure if there are any sets you are wanting, try not to wait till the last day, order them today, and don't forget about my Country Dozen Rewards.

Oh wait, American Idol, how could I forget my two cents worth…so make sure you don't read on if you haven't seen it…

Tonight the Idols went home and they also sang three songs, the first one was judges choice, the second was the Idol's choice and the third was Jimmy's choice.

Joshua was first and he sang an Etta Jones song.  He used that weird mic again that reminds me of a speaker at a drive in. He looked so handsome, I didn't know the song and it didn't matter, he sounded awesome.

Jessica was second and she sang a Mariah Carey song.  It was boring as usual, she just stood there and sang.  Wake me up when it's over.

Phillip was third and he sang a Madcon song…never heard of them.  But he had fun and so did the band and he had me liking it.

Before they sang their second song it showed them going home.  I loved seeing Joshua go home and being at his church.

His second song was Imagine and he changed it up a bit, but it sounded great.

Jessica was up, and I don't remember much of her home visit cause I am (sorry) sick of her. I was back and forth on my phone and not paying attention, bad Di.

Her second song was an Aerosmith song, and could she pick a rock one and move around on the stage? Nope, another slow boring one.  I mean people keep saying she can sing the phone book, but really would anybody pay to hear that? Not me…in fact when the phone book delivery people throw my new one in the driveway, it goes directly in the recycle pile…I mean who even uses phone books anymore…boring.

When Philip went home it made me cry when his Dad was talking about him. What a close family.

His second song was Matchbox 20, and it was another great head tapping song.

Joshua's last song and picked by Jimmy was a Mary J Blige song and he was so excited and bouncy while he sang it. Good choice.

Jessica's last song was I'll be There and it was a great choice for her as it showed the range in her voice, but I think she really thinks she has won, and maybe she has, but not to be mean but I think she needs to be knocked down a peg and with her wearing 8 inch frankenstein shoes it should not be hard.

Phillip's last song was a Bob Segar song and it was perfect for him. I loved how the string instrument people just kinda appeared on stage.

Jimmy did great picking the songs for the Idols, you can tell he likes them all evenly, unlike the judges who definitely have their favorites.

I voted for Joshua and Phillip, I would like to see it come down to them.  I called all three numbers for each of them and when I called Phillips's two were busy and I had to try them later…things that make you go hmmm….

So tomorrow night should be interesting.