I wanted to post a few more of our Disneyworld pictures, if that is ok. Also the fun video I took of the Roseate Spoonbill and her egg.

Neat eh? How careful she was with it. 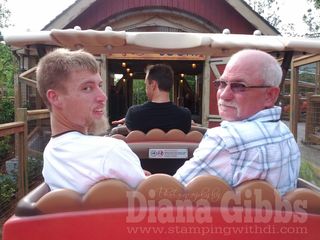 On the Goofy Rollercoaster, the seats were so hard that our back bones were killing us after. 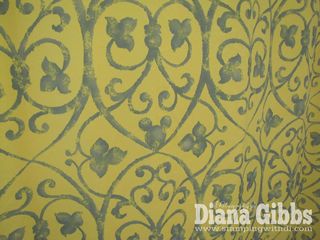 There were mice all over our hotel room…do you see it? 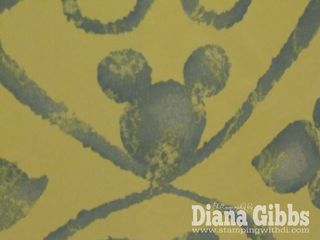 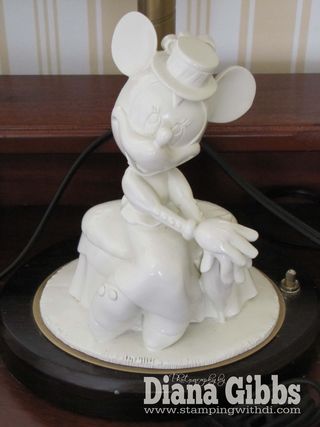 Lamp on desk, isn't she cute? 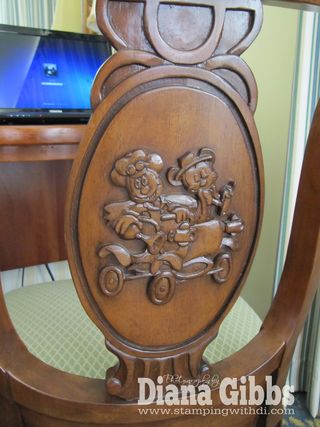 On the back of the chair. 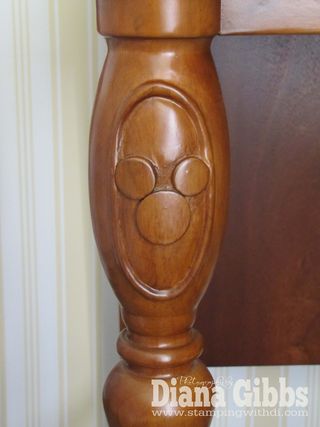 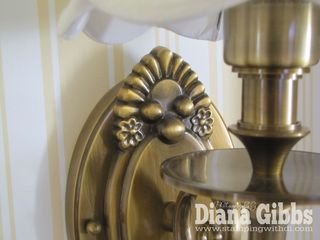 On the lamp sconce. 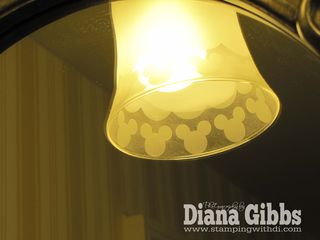 Even on the glass shades in the bathroom. 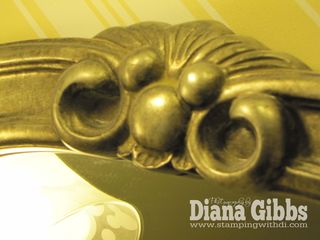 Even on the mirror frame. 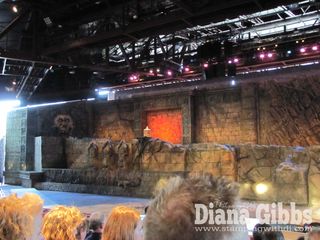 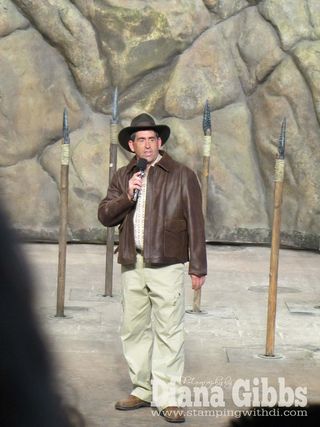 Our awesome president Rich, in his Indiana Jones clothes. 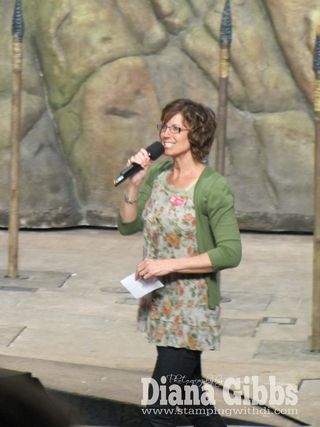 Shelli, our awesome co-founder, who never ceases to amaze me. 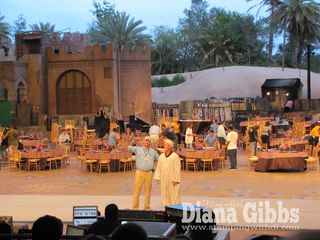 The stage split in two and slid away, while the director was teaching members of the audience their stunts, they set up the dinner tables in the back. 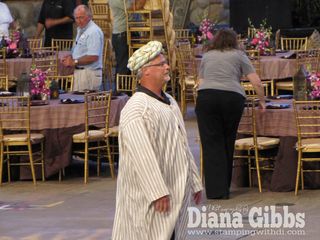 Here is Scott Nielsen ready for his debut as a man getting shot and then he rolled on the ground and he was hard to kill he staggered up and got shot again, it was too funny. 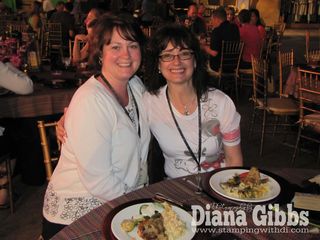 Here's Gayle Bassett and I.  I love her, we are fellow INKredible girls.  She was there with her future daughter in law Cera, and everyone kept asking her what grade she was in, cause seriously she looked like she was 16 years old. Too fun. 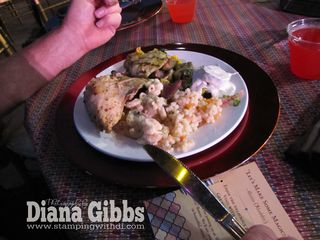 Final night supper, it was so good. This was Jeff's first plate. They had prime rib and potatoes and gravy so he went up for that later. 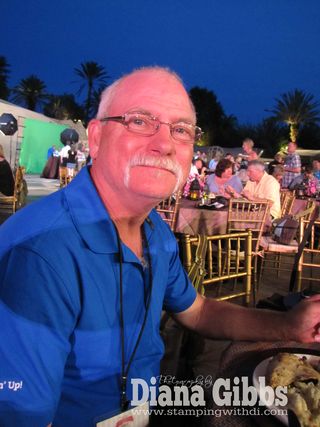 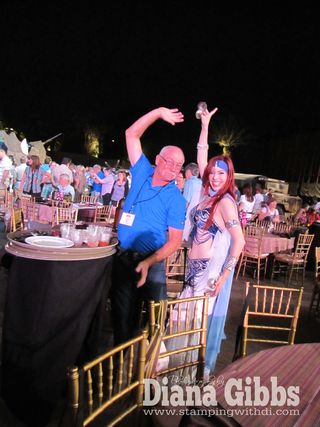 Dancing lessons anyone? Seems like Jeff can cut a rug, but can he cut cardstock? 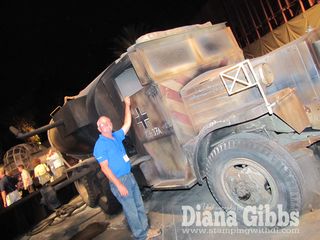 Jeff and a big truck, he was seeing if they left the keys inside. Nope. 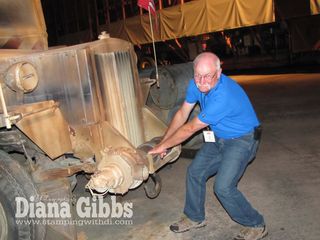 Guess he'll have to try another way. Hernia anyone? 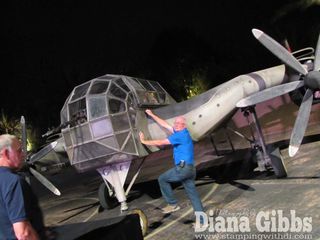 Climbing up the invisable ladder to the plane. 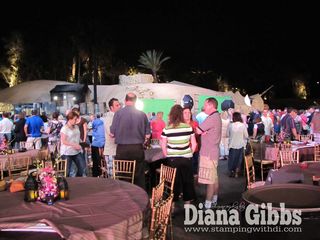 Everyone standing around visiting, and waiting in line at the green screens. 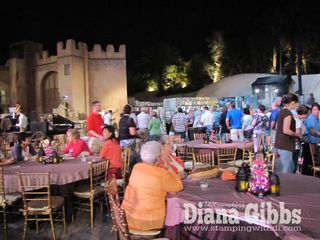 We didn't do this show because we didn't get there in time, so not sure if this scenery gets used during the actual show. 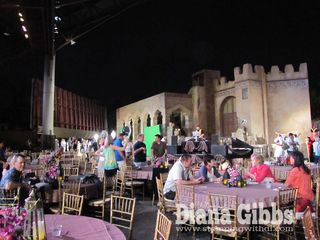 Stampin' Up! sure makes us feel special. 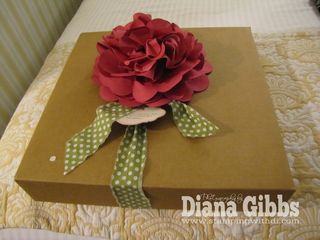 The last night's pillow gift was waiting for us when we got back. What could it be? 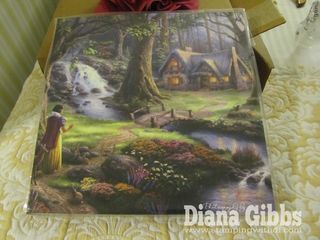 OMG! a Thomas Kinkade picture, and it is Snow White. So beautiful. 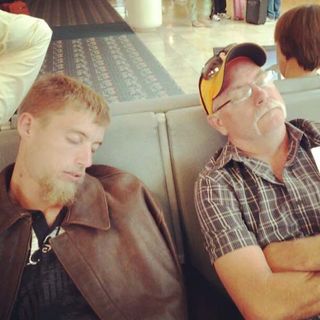 Eric and Jeff sleeping in the airport waiting for our flight home.  They must have walked miles and miles the last few days going on all the wild and crazy rides. Thanks Stampin' Up! for one of the best Incentive Trips Ever, it was truly magical.

We'll end the Disneyworld Trip with our balcony view. Not too shabby eh?