OMG! I had to look at yesterday's post to see what day it was. It is like we are in our own little Stampin' Up! bubble.

Today was fun, we did Animal Kingdom and Epcot for a bit.  We came back in the late afternoon (I took a naproxen this morning and didn't have any issues with my knee thank goodness) and I stayed at the hotel as we had our share night, and the guys went back to the park, I only saw one hour of American Idol before I left, so I don't have anything to report other than Jessica too little movement too late, I loved Hollie, Phillip & Joshua's duet was horrible.  I think I liked Skylar, Phillips song was changed too much, I would not buy his CD.

I am back from share night and it is super late and they are snoring, so I will be quick.

Share night was fun as usual, I love chit chatting with everyone and I love that the executive team, plus Shelli and Rich are there and ask our opinions. I didn't get to see any of the shares cause we might have received something that was taking all our attention away.  So this post will be quick, I'll post a few animal pictures. 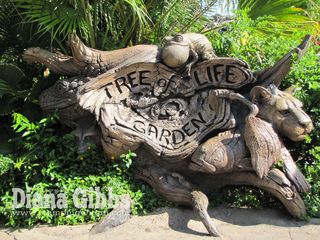 I love this sign with the animals carved into it. I bet Jeff could do something like this. Couldn't you see this outside my studio. "Di's Stampin' Studio" and then like markers, ink pads, and stamps carved around it. 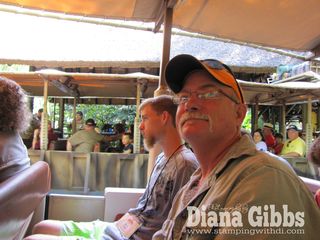 Jeff and Eric did the safari ride the other day after I went back to the hotel so they wanted me to go on it.  Today Jeff said it was up to me what we did…gotta love my guys.  It was a cool ride. 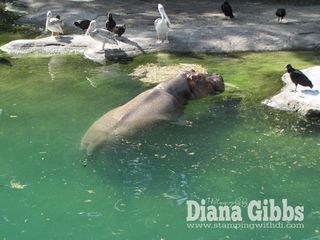 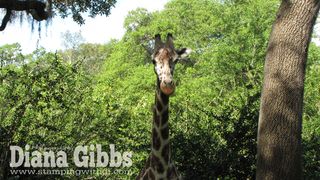 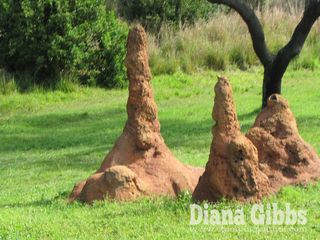 Termite hills, they are like cement and I think they said the elephants scratch themselves on them. 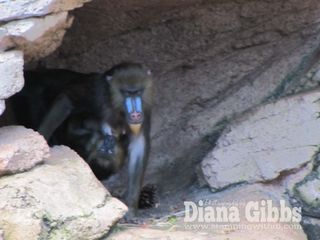 This is Rafiki from Lion King…a madrill monkey. I swear we were at like a live Lion King movie…all these animals that were in that movie. 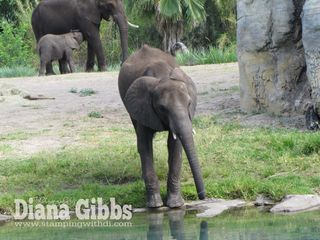 Baby-ish elephant getting an apple out of the water. 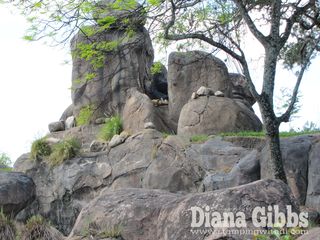 This reminded me of the Lion King when they held Simba up. 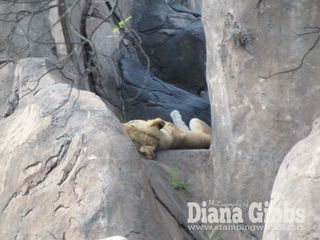 Look there is Simba sleeping inside, they said they sleep lots of hours a day…I think they said 20 hours. I don't know how they were keeping the animals from eating each other cause we just drove around, and didn't have to stop and open any gates.  Disneyworld is just amazing, it is such a place to learn stuff, and I didn't really realize that before, it is not just the fun rides, you are learning at the same time.  We did Soarin' today, and that was fun, we also did Captain EO which is an old 3d ride and it had Michael Jackson on it, boy sure was nice seeing him in his young healthy part of life. 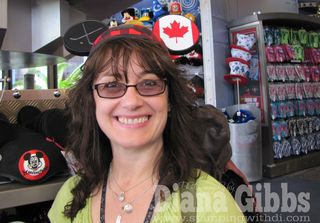 Wow another animal, this is a rare Canadian monkey, lives in Arizona.  Thank goodness there's only one…ha!

Well I better get off here.  Have an awesome Thursday and thanks for stopping in.