This morning we went to see The Avengers and it was so good.  I am not sure who the next enemy will be. After the movie the guys headed to Home Depot to pick up supplies for the new chicken yard.  I am part of a Quarter Frenzy event Tuesday night so I had to pick up a few more things for my table decorations, so I headed off to a couple antique stores. 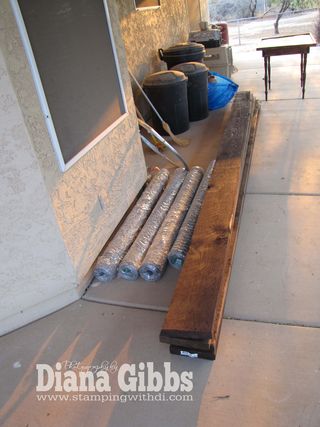 Here's some of the supplies the guys picked up. Doesn't look like much there, but I am excited to see what Jeff does. When I got up this morning he was at the table with pencil and paper, designing and drawing up plans. 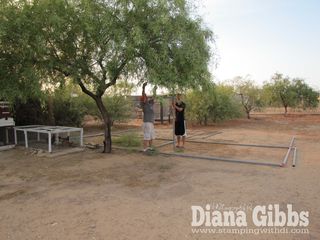 The new yard will be on the other side of the tree so Jeff and Eric were cutting limbs. I think he said it is going to be 12 feet by 26 feet and 8 feet high, that should make them very happy. 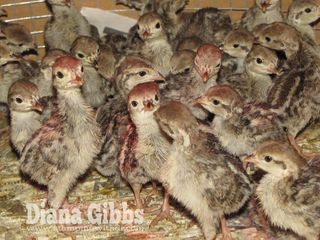 While I was taking pictures I thought I would go show you how big the Chuk-lets are getting…not much yet.  I think we have lost a total of 6 now.  I am not sure when that black band comes on their eyes. 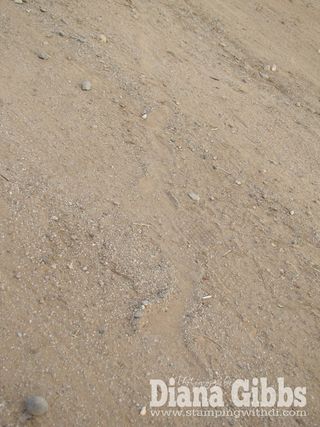 Oh and Jeff found this the other day, it's hard to see but it is a snake track, you can see where it pushes its body to move. Ugh I hate snakes, and unfortunately out in the desert we see one from time to time, as long as it is a "good" snake and I know where it is, I can almost handle it, but if it is poisonous I don't like that.

So did you watch Once Upon a Time?  Good eh? Wonder how the next season will start, I didn't like that Evil Queen's smile at the end.  I also watched Desperate Housewives series finale and shed a few tears. I also watched (hey it was Mother's Day, I was lazy today) Next Food Network Star, some seemed familiar, I know that the Michele girl was on Chopped before and the dark hair girl looked familiar too. Will have to google about them.  I was almost hoping they kicked the guy off at the end cause he just rubs me the wrong way, (I think he is just there to promote his band – he talked about it all the time) but after watching the girls video and she must have said Brother Bill/Bob like 10 times I was like…ugh! send her home.

Well I better hit the hay, since I totally forgot about Next Food Network Star earlier, I had to watch it late tonight.