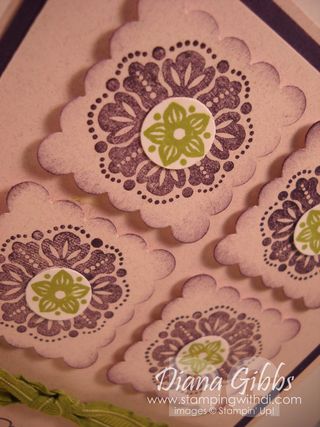 Well Mum and I drove by my old house in Mesa when we went to pick up our taxes, I actually drove right by it the first time cause they enclosed the carport and made it a garage, the grass was all gone, and so were the two trees in front, it was all rocks.  The old neighborhood sure looks sad, too funny though saw an old neighbor as we drove by and her house and yard are still beautiful like I remember. After we picked up my taxes, we walked downtown and went to an antique store I had never been too.  It was ok, it was pretty big, didn't see anything I had to have and since there really is not anything I am looking for (it usually finds me) we opted not to go to my regular stores.

Instead we headed over to DSW to look at blingy flip flops, MAMMa got a couple cute pairs and I wanted to see what I could find.  I found a cute pair, on clearance even, and they took $5.00 off for my birthday, so that made it worth the trip.  We got groceries and headed home.

We made Tacos in a Dorito bag for supper, yum and hardly any clean up.  I told Mum she would have to say I don't like doing dishes so I made her eat out of the Doritos bag when she came for her visit.

We then watched American Idol and did you see that?  Oh wait don't read if you did not.

Ugh on the whole watching a Jennifer Lopez video at the beginning, it was almost ten after 7 and we had learned nothing.  I say the show is American Idol we don't need to see the judges promoting their other stuff…just my opinion.  It's enough to watch her sell Kohls clothes at a commercial, but at least they pay for the advertising…this is just taking advantage I think…and ugh she is going to sing it live later?  Ewww, remind me that I need to be having a root canal done that night.

Kelli Pickler sang and unfortunately the song was a typical what people think country songs are about, and I didn't like it.  The other group Wanted or something from the UK were not too bad. Much better than last weeks entertainment.

I was totally right in my thoughts for bottom three last night.  Hollie, Elise and Deandre.  They sent Hollie back to the couch she was safe first and then it was down to the last two.

Jennifer had the nerve to say one deserved to be there and the other didn't.  Well we know who she meant, she talks up Deandre all the time.  How mean in front of Elise to say that. They could get rid of her as a judge next year if you ask me.

So then Elise was saved and Deandre had to sing to be saved, and really I thought for sure that they would save him. He was smart and sang the reggea like song but still I wanted him gone. I was texting back and forth to Marjori (hey honey – gold striped skin tight sausage link dress for sale – real cheap!!!) and saying that they would save him, they would save him. Luckily Randy and Steven (the only ones with sense) said no and they outvoted Jennifer who would have saved him.  If she likes him so much she can produce a record with him.

So that is my thoughts in a nutshell…ha!

Let me show you this darling card I got from my friend and downline Ruth Fox.  Love it! Thanks Ruth. 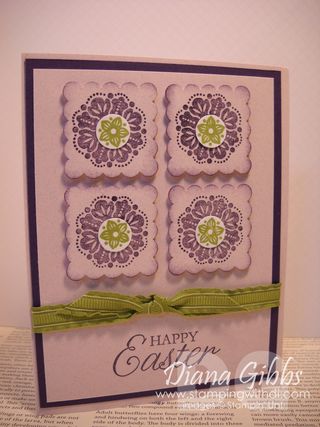 So did you watch Touch after American Idol?  OMG! I love that show, and I think every episode makes me cry. If you have not seen it, you should catch it online, you have only missed about 4 episodes so that is not bad to catch up. It's driving me nuts since I didn't watch the credits.  Was the Bobby character played by Gary Dourdan who was Warrick on CSI?

Well this old gal is gonna sign off, I have to get my product shares totalled up and paypal invoices sent out.  Please let me know if you are interested in a Summer Smooches Share…or two…or however many.

Have a Good Friday and thanks for stopping in.