I got quite a few emails today asking if I was serious, or if I was pulling your leg about the guys going ice fishing. Jeff said they went to Willow Springs. 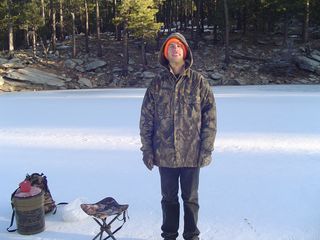 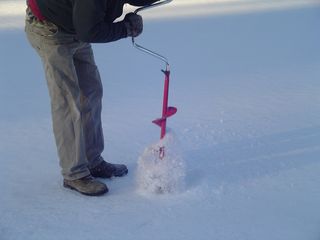 Our neighbor Jim using Jeff's new auger thing to cut holes in the ice. It was 18" thick. 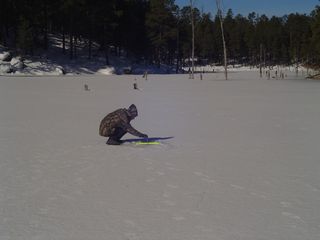 Eric checking his fishing thing. (that would be a technical term…ha!) 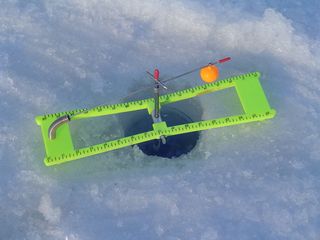 So I think I told you they caught two fish. It might have been trout.  It had eyes and a tail when Jeff cooked it on the grill. The only fish I eat doesn't have either of those things by the time I see it…ha!

Oh when I uploaded the fishing pictures, these were on the camera from maybe a couple years ago from one of Jeff's hunting trips. He said it is from Aztec Peak. 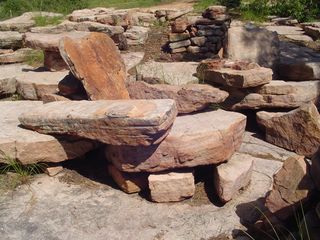 Look at the cool lounge chair made out of rocks, it even has a place to rest your drink, popcorn and the remote. 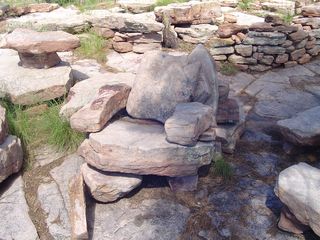 I worked on Spring Fling stuff today…but I can't show you anything yet.