Not sure it can be called an escape when I kinda helped them get out. I used these pictures in my little desk calendar last year, but I love them, cause it was such a fun time…for them and us. 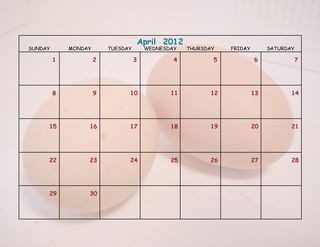 I said I would share some pics from yesterday when I attempted to put Fiji in the big coop.  I got her in there, that was not the problem, having the big girls allow her to stay there was another story.

Here's the video when I first got her in there.  I put the camera down and sat and watched for about 10 minutes before I had to remove her. I didn't tape the harassement in case it got bad I wanted to be able to react quickly and not throw my camera to the ground.

Clara kept after her and even at one time Alice got all tall up in her head at her too. But Clara is the instigator, and I was afraid someone would get hurt, if the coop was taller and not just a run (in the playground area) I think it would be ok, but she can't really get away. So I'll keep trying. If it doesn't work then that will just have to be how it is. 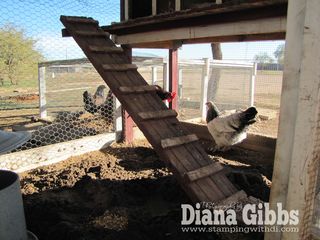 Here is the initial notice that someone has been added to the coop…Stella says "I think it's that new chick that runs around at night with us. What the heck is she doing in here?" 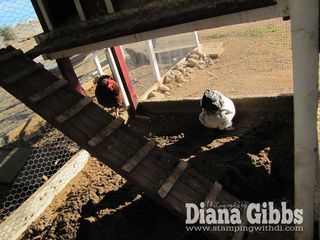 Fiji says "Don't mind me, I've been here all along, hey look I'll eat this old dead bug for ya, looks like it might have caused a belly ache anyway, what are friends for eh?"

She must have stood on the little ledge between the coop and the playground for 3 minutes just watching the other girls, you could tell she wanted over there too.  Finally Clara came in the coop, so Fiji went inside the playground. 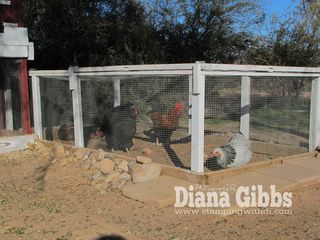 Then Clara was like "I tricked you, I'm back, now I'm gonna teach you who is boss!" Then she messed around with her and I couldn't take it.  I don't know how people can go to animal fights cause I would be crying. Anyway, I put the camera down, and lifted the lid up and Fiji let me scoop her out of there with one hand even and back she went to her mini coop-er. 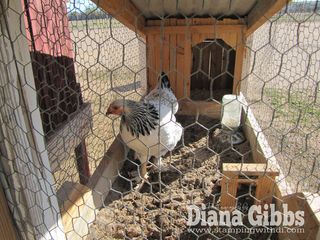 Now she can look down at the girls all day long and not get hurt.

So I finished my Stephen King book 11/22/63 last night, it was like 1:30 in the morning, and it was so good, I laughed and I cried, and remember when I mentioned Jack Finney and that the book reminded me of Time and Again, and even in a couple spots Stephen King said those words and even italicized them? Well sure enough at the end when he writes a note to his readers, he acknowledges Jack Finney, that even brought another tear to my eye, I was tired or sappy, who knows, but the book is a definite read, whether you are a Stephen King fan or not. It's a far cry from Cujo and Carrie that's for sure.

Well I'm gonna skedaddle, we are going to watch Hall Pass, I have seen most of it and Jeff has not seen any of it.  We'll try to stay awake to kiss each other at midnight. Gotta love getting old, at least we have each other to do it with.