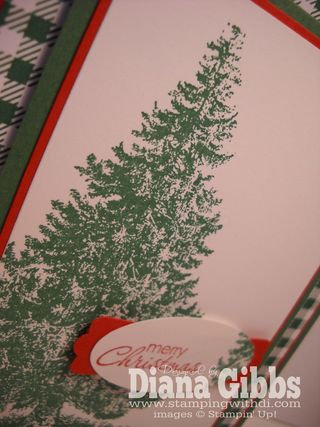 Yesterday after I left the salon and headed back home cause of the fire they had, I called MAMMa just in case she had an appointment too, so that she also did not go in only to be sent home.  So this morning MAMMa emailed me and said she had an appointment at 10:00 today and I was like hey mine is at 11:00, how fun that I got to see her, it has been too long. We both got all blinged up on our toes, she gets blingy on her nails too, but I just keep those plain, I have however switched over to a subtle sparkle in the white tips that I absolutely love.

Here is another card from class this past weekend.  This card is based on a card I got from Kristin Kortonick at Founder's Circle. (Thanks Kristin!) I simplified it for class, so it was easy to do.  When you are doing 10 cards you have to do that.  I love how it turned out though. 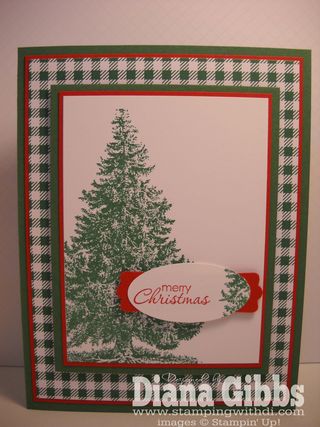 So the other day I said I had started a new book called My Blood Approves and it had me mad in spots cause it reminded me so much of Twilight, cause I was like how can someone write a book and have it be kind of similar? I mean a character's name is Alice even, the Mum-ish character is Mae where Twilight was Esme and then there was a Riley character too, or was that an animal, not sure but there were similarities.  In fact the main character kept trying to guess what the person was and she would guess everything but a vampire, yet she would mention listening to music by current singers and everyone knows about Twilight, so why would she not guess a vampire?  But anyway enough blabbering, so now I got the first book read, and I hate to say it…I love it, and I am on the second book now and I am loving the characters, I even told MAMMa today (and she totally loves Edward's Rob Pattinson – sorry MAMMa now everyone knows…ha!) that she needs to read the books.  I have them on my Nook so it's not like I can give it to her later to read, but she does have an Ipad so she can get them on that.

Well that's enough of my blabbering…oh wait I said that already.

I gotta get some shut eye, so I can be bright eyed and bushy tailed at my workshop tomorrow afternoon.

Have an awesome Thursday and thanks so much for stopping in.