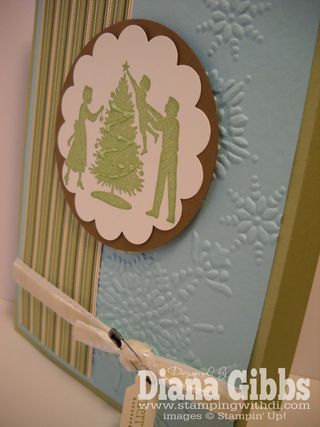 I added a fan page on Facebook (it is not allowed to have my blog posts go to my personal Facebook account so I had to do that) it's over on the right column you will see Become a Fan, if you click that I think then you will see stuff (again I am so not Facebook saavy).

When I was home in Canada I took some fun pictures.

This is David Furnish's parent's home, they live near Courtney.  They would be Elton John's in-laws.  I sure would not want to pay to "furnish" this place…or clean it…or wash the windows…or mow the lawn…but I would love to see inside.

This is how close my sister Jacqui was to the semi in front of us during heavy traffic through Toronto (we were stopped at the time, she didn't drive that close), we were in her car which is really low and I could actually see under the semi beside us to the car on the other side.  I had never seen so many semis in my life.

Courtney asked Jacqui to find her "something in blue" for her wedding. These were just a few suggestions that Jacqui had.  Courtney finally decided on 3 blue brads that spelled out FOX and Mum attached them to her garter. 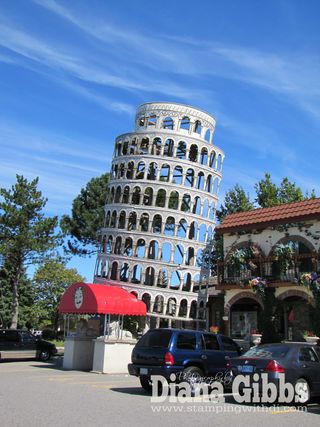 This was an awesome restaurant that Jacqui and I went to called Frankie Tomattos, it was yummy, all you can eat Italian, and everything I had was so good.  They even had one of my favorite ice creams Tiger Stripe.  I love me some black licorice!!!  I need to see if we have it here with the Schwan man. 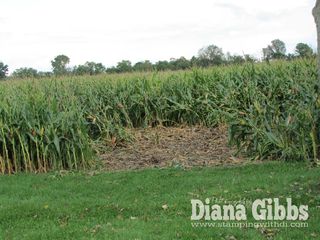 This was where a tornado touched down in Nairn, it is hard to see by the picture, an arial photo would be better, but it goes into the corn field.  Jacqui had taken some pictures of the sky and she said it was doing some wacky stuff that day.  I am glad I missed all that. 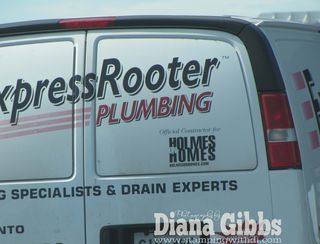 I thought this was cool, I used to watch the show Holmes on Homes and so it was neat seeing this on the back of the van.  Not as cool as if I had seen Elton John out mowing his in-laws grass but still, I'll take what I can get.

It's been a while since we let the girls out so at 6:30 I said let's go, so Jeff and I sat out. I can't get over how big Fiji is getting.  She is not quite half the size maybe of the other girls, and tonight there was no fighting. Yay!!

Still no rooster comb, so I am still crossing my fingers that she is a girl. 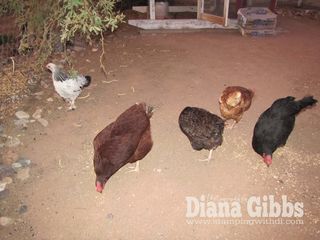 Here they all are, eating some scratch before bedtime, they weren't out maybe 20 minutes before they headed into their coop to get roosting for the night.  We just pick up Fiji and put her in hers.

I got some awesome swap cards at Founder's Circle and will share some with you over the next couple weeks.  This one is from my friend Susie Wood and I tweaked it to do as one of my Christmas cards for class this weekend. It was awesome hanging out with you Susie.

This is Susie's, I love the blues and reds.

I had pulled out cardstock and DSP's before I left for Founder's Circle and this is my version of Susie's with the paper I had on hand for class.

I love the new Velvet Stitched Ribbon from the Holiday Mini.

So pretty eh? and it is so soft.  I also love the new Dazzling Details glitter glue too.

When we left Kanab, we got to fish around in a basket before getting on the bus. Inside the baskets were pieces of the metal plates that make the stamps, painted pretty and with a hole in them, and this is the one I picked. 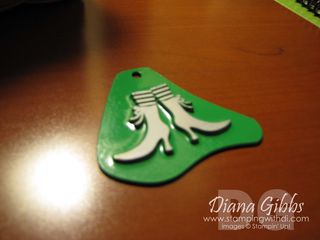 I love those boots!

So did you watch it?  Two & a Half Men?  I love Ashton Kutcher and hope the show keeps up the humor it was sure funny tonight, I won't say much in case you haven't seen it, but if you watched it, what did you think? What was your favorite part?

Well I better be hitting the hay, I want to start getting to bed a bit earlier to catch up my all the sleep I have lost in the last couple weeks. Plus Toby is so happy to have me back, and he is snuggling even closer now.