Well today was the last day and it went fast, now I have to pack. I don't have to get up early like some of the girls. My shuttle does not leave till 2pm but I am a little worried cause they have me leaving St. George to Salt Lake City on a later flight, but my connecting flight did not change so basically my papers say that I arrive at 4:35 but my connecting flight is boarding at 4:25.  They say the gates are close to each other…well I hope so cause that seems pretty tight to me and the gates were not close when I came here.  I hope my luggage gets transferred too.  Fingers crossed! 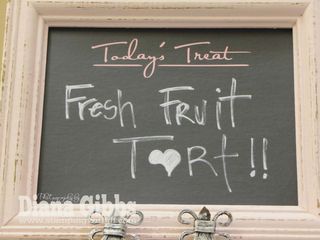 I had breakfast and then right over to do my Plinko, we all got In Color DSP today, I swear I am going home with so much product from prizes and everything, it is unreal.

Can you believe that I forgot to get a tart, and then it was closed by the time I could get back over there. Well my butt thanks me.

Here's a big shout out to Pam!  Hey there girlfriend.  This is my sweet friend Penny Thomas. If I ever let my hair go gray I hope it looks as great as hers.

After lunch we went back to the hotel to relax a bit and then we had to get ready for our final night and event.  We were told we didn't need our aprons, and to just dress casual. So on the bus we went with our other team mates and we ended up at Coral Canyon Golf Club, and we were like "are we golfing?" so then we were told to find our golf carts and it was two to a cart unless you had a team of 7 then one person would drive alone. 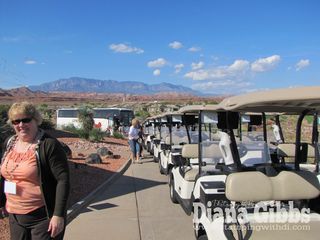 Look at all those carts just waiting for us.

We found our cart and we had to start on Hole 4 and we were going to play a total of nine and there were 17 teams so we all could not start at the same number. 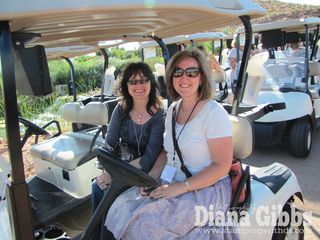 I had never driven a cart before and I asked Meg and she gave me the thumbs up, so I assumed that meant she had.  So we get in and she said she had not driven one before but it couldn't be hard.  Well let me tell you I think I might have messed my pants a few times on the sharp curves taken on two wheels, and I did see my life flash before my eyes as a young Canadian child, she said that was her goal of getting me back to Canada…a lot of her close friends, Lynsay Mahon (who has been to my house a few times) is one of them.

Here's the rest of our team, Jo & Josee… 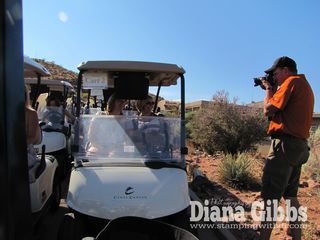 …and Joanne & KIm – being photographed. I swear the papparazzi can't get enough of us…ha! 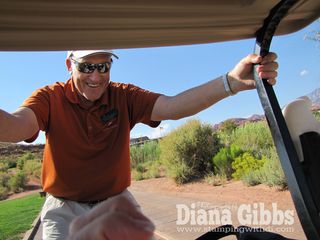 So off we went with this poor man hanging on for dear life on the back of our cart directing us where to go.

After he was thrown off the back when Meg took the first curve it was easier to take a picture of the rest of our group. 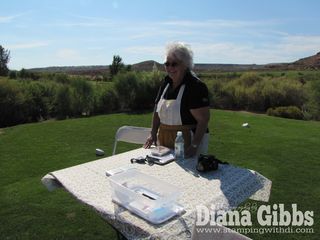 Selma was our first stop, we didn't have golf clubs so we didn't know what was up.  At this stop one of us had to stamp in all these squares on the sheet and it was timed.  Meg did this one…remember she is a speed demon, it was the perfect challenge for her. 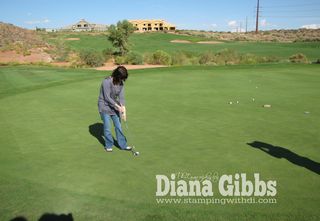 At the next stop we had to Hit it to Win It.  There was a few SU! products laying in a semi circle and if you hit it, you won it.  I got a card keeper box. Notice that official golf stance I have…ha! Not! 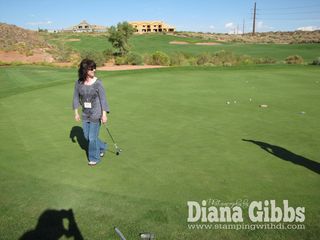 Here you can see I was being heckled from the crowd. 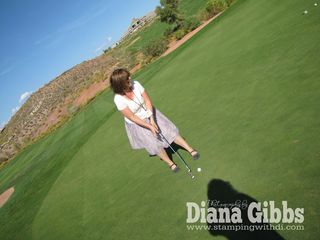 Here's Meg with her proper stance as well.

Josee is so cute, if you could bottle her cuteness and sell it we'd all be rich…well I guess who ever bottled it would be…can ya tell I am tired and giddy? Ha!  I am still laughing about the throwing the man off our cart…it's pretty sad to laugh at my own jokes aint it?

Some of the other things we had to do were: using a big ended golf club to hit a marshmallow and then we got points for how far it went, answering SU! trivia, holding a marshmallow on the end of the club and running around the tee flag thing. Shelli was the one that taught us that one.  There was blind stamping, and there was eating a huge chocolate/white marshmallow and drinking the tea cup of water and it was timed…guess who had to do that one? Yeah me.  We didn't know what it was when I said I would do it.  Thank goodness when Jennifer lifted up that tea cup it was a marshmallow and not a bug, she did say that the tea cup was new and no one else had drinken out of it…I asked her, I mean you knew I would right?

I didn't take any more pictures cause we were busy and it was warm, so I put my camera away till we were done and it was dinner time.  The deck was setup with all the gorgeous tables and decorations, we looked for our team name. The Brits and sat down.

Look what was at each of our place setting. 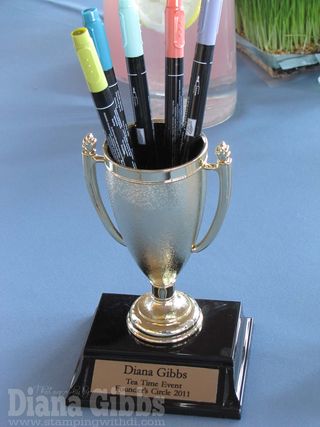 We all won! Cool eh? 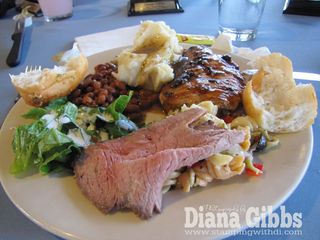 Dinner was a buffet and it was so good. 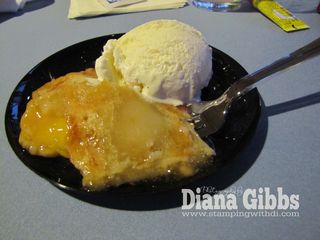 Dessert was like a peach pie kinda thing and ice cream.

Then we headed back on the bus to get ready to pack…what was on the bed tonight? 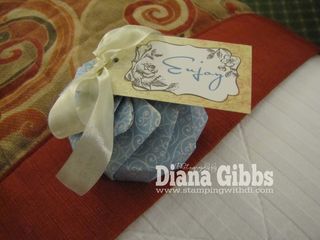 We all know good things come in small packages right? 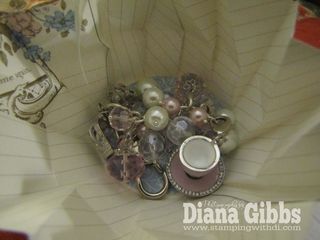 So do beautiful things!

It's got an adorable tea cup charm on it with the Founder's Circle logo and all these beautiful beads, some are from our Simply adorned line. 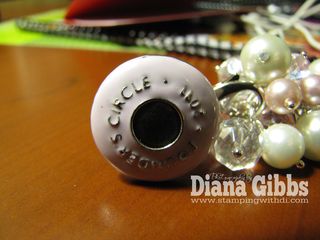 OK, well I got to start packing…yowza I got 4 shirts I never even wore yet…ha! What the heck?

Have an awesome Sunday, thanks for stopping in.

P.S. Cross your fingers my luggage and I catch my connecting flight in Salt Lake City.