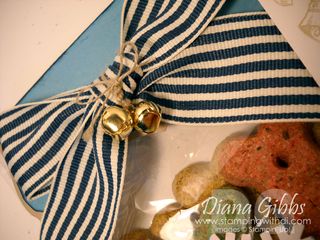 Today was my downline Christmas shoebox and pizza party, it was so much fun, I will share pictures tomorrow, three girls that were going to come ended up not being able to make it cause of illness and a dental emergency, so we missed them. Everyone else I hope had a great time.  Emilie even brought these brownies that the name escapes me they looked like andees candies. Mari brought rum cake.

Then tonight we had Eric's annual Christmas dinner for his work, it was in Gold Canyon like last year, and it was nice to see everyone.  The entertainment was the same as last year, and Elvis sure got everyone up off their feet. They had the food served outside this year and that left more space for a stage and dancing so that was good. Although none of us danced this year, it was fun to watch Eric mingle around with everyone.  He's such a handsome guy.

On the way home they had Ironwood all set up for a sobriety test thing.  I don't drink and drive (and the rum cake was like 7 hours before so I don't think that counted), and well I don't even drink that much anyway, I am wacky enough sober ya know? So anyway, we had seen a bunch of lights on the way into town, and then coming back we had to stop. I bet there were 50 police officers out there.  He introduced himself, I think he shook my hand, he had me remove my glasses so he could see my eyes. Gee officer my husband is right here! Just kidding, anyway.  He asked how much I had to drink …none, and if I had been using any drugs…none.  He said it didn't look like I had been.  Then he gave us a pamphlet to fill out and mail in.  Then we were on our merry way.  In all my years, that has never happened.  I think maybe a lot of business Christmas parties were tonight and they were just checking people, I don't really know.

I wanted to show you the cutest treat that my friend Mary Noble brought for Toby from her dog Inu.  It is so stinking cute, I have let Toby have one biscuit out of it so far. 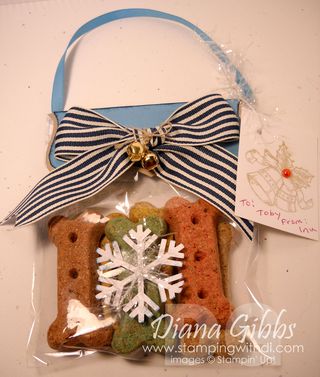 So today after all the girls had left Melissa showed Rhonda and I a couple things on photoshop.  I still need to learn more, but it was kinda cool.

Can you see the difference between these two pictures? 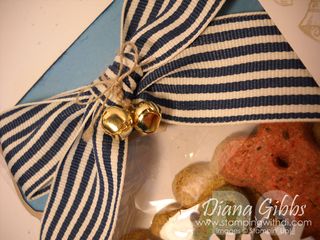 This is the original 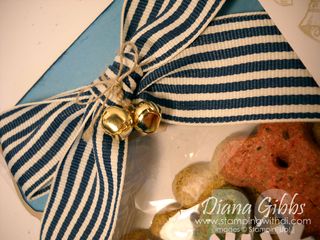 This is the photoshop one.  It is really subtle.  There was not much wrong with the picture to begin with so I think that makes a difference.

Ok well this old gal is off to bed, I think tonight is going to be a cold one, so snuggling up with the old man (snoring away as I type) and Toby sounds good.