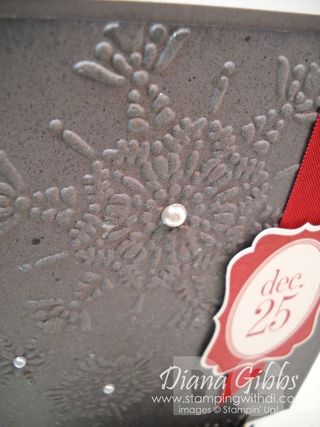 I cried a little today when I saw the engagement announcement of Prince William to Kate Middleton, and then to find out he gave her his Mum's engagement ring.  It reminded me of when Princess Diana and Prince Charles were engaged. I remember at the time I was in school, I had a brief boyfriend, I say brief cause I was young and it was kinda more talk you know, like ohh we are going steady blah! blah! Anyway his name was Charles, so it was kinda funny back then, we were Charles & Di. But I remember getting up so very early to watch Charles and Di get married, and the long flowing gown, and then the birth of the boys.  I know being Canadian I think the royal family are more well known and followed then in America, that is just me thinking.

I also remember the day that Princess Diana died, I can cry now just thinking of it.  I was visiting a girlfriend in Bakersfield and we had a day of fun, shopping, eating, having a grand old time, and then to get back to the house, turn on the TV and hear that Diana had died.  I thought it was like some bad joke or something, and that I must have heard them wrong.  Then I felt so horrible that I had been having such a good time, while Diana was dieing, I know it's silly to think that but I did.  So anyway, I guess today is bittersweet, I am so glad and happy for William and Kate, but sad too that Diana won't be there to see it. I hope she is looking down from Heaven with a big smile on her face.

OK enough of me getting all melancholy.

This is a card swap that I got at Founder's Circle, and there is no name on it, but I think it was stamped by my friend "bye-bye" Colleen Magness.  If it is not I'll correct it. 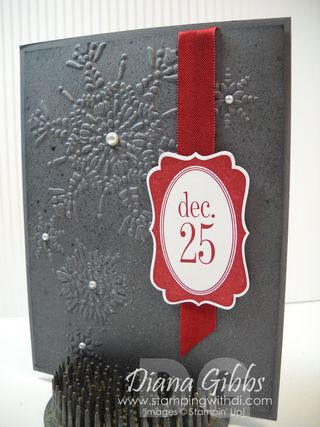 Well I am gonna sign off Annie Lennox is singing on Dancing with the Stars, I like her.  In fact I was singing one of her songs, I think it was Sweet Dreams (goofing around in an Ontario Pork Booth) when Jeff first met me…ha!