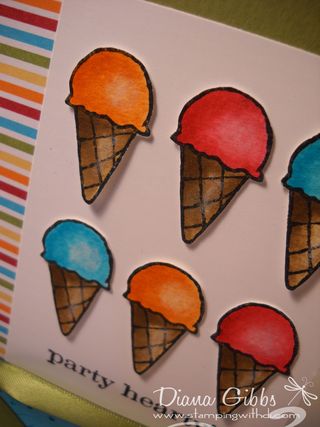 Except I went in for a quick cleaning today at the dentist and instead got a two hour replacement crown. Ugh. I have had a tooth that was sensitive and I thought maybe the crown had a crack but instead there was a cavity on the base of the crown so I had to have it re-done, and now it is killing me, I hope it feels better tomorrow, I don't remember the other ones hurting this long, (6 hours later) but maybe since it was a tooth that had been worked on previously that is it.  I hate tooth pain, well I hate pain in general but it seems that tooth pain is worse then some others, maybe cause it is so close to the brain.

So this is another card copied and tweaked from the new catalog.  I used a different set and colors and stuff, but the layout is similar. 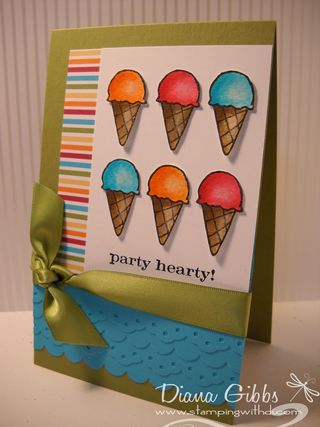 Well I am gonna hit the hay and hope to wake up with no tooth ache.