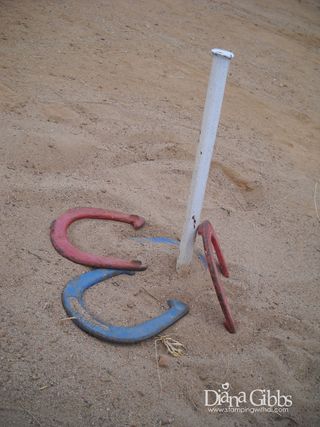 Yep, today was the Ist Annual Tombstone Horseshoe Throwing Tournament, and I think there were 14 or 15 people that played, and Jeff had me go out to take a few pictures.  We live on Tombstone St. hence the name.

We even had a couple bring their motor home out for the day, and our neighbor Jim smoked up some pulled pork sandwiches and had beans on the side, and that was part of the $5.00 entry fee.  Then after the winning team won, the two split the entry. So that was fun, and too funny Mike (Eric's HAB guy) and Jim won. They drew tickets so no one knew who they would be paired up with to make it fair.

Here is Jeff (Eric is behind him) and Richard practicing.

Here is Jeff doing the right finger toss with the side ski slope turn. 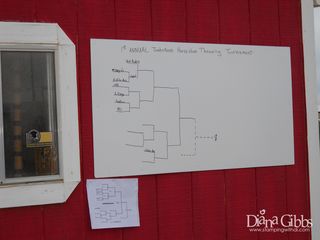 They even had an official score thing they tacked up on the barn.  Of course next year, I will give them a ruler and they can use a sharpie to draw those lines straight and then just use a dry erase marker to fill in the names, that way they can use the board over and over.  But hey they don't care how it looked (in fact I think they rolled their eyes when I mentioned it)…just think if I were to stamp some squiggles along the edge.  I think next year instead of having the ladies sit in the back, 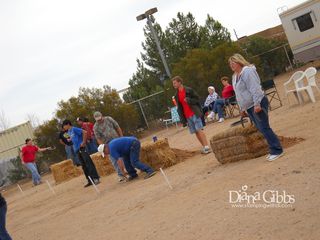 I might have a "come make a card and have some REAL fun time". Although the ladies were excited when Jeff yelled out "the Cardinals scored a touchdown!" so maybe they liked it out there. I was inside working, and just ventured out now and then, just in case there were any single ladies in the crowd, just lettin' them know that "Tossin' With my Right Even Though I'm a Lefty Gibbs" is taken…ha! 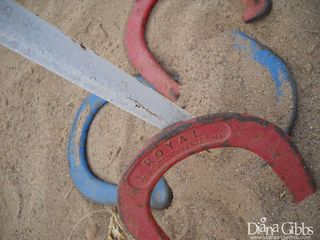 Up Close and Personal with "the shoes" even though they are not the kind of shoes I love, but it was a fun day (I heard), and I am sure the guys are already planning the next one. I'll make sure to secretly check out the large dry erase boards when they go on sale…shh!!!! That'll be our little secret.

So after I did my Workshop Wow at Regionals, Shelli hugged me as I got off stage (I hope she didn't say anything to me cause she was facing the ear with no hearing aid in it – OMG! what if she said – "call me Monday I have something important to ask you"..and I just smiled like a goober and walked off the stage and she thinks I heard her and she is wondering why I didn't call…) and she handed me a card signed by Shannon, and it thanked me for being part of Regionals and it also said I could pick a free stamp set.  I choose Teeny Tiny Wishes, cause I was a dohdoh bird and thought I didn't need that one when we could get it at a discount last year…jeesh!! It came in the mail yesterday already, gotta love that fast shipping and that we live close to Utah.

Anyway, I thought I would share the card with you, and I think I may do a version of it for my class coming up. 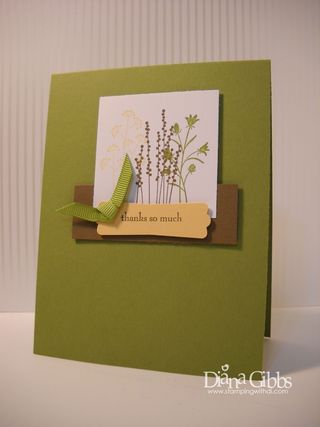 Card by Stampin' Up! even though it has my watermark, it was made by SU! not me, I think that is important to point out.  Sometimes I see cards on people's blogs and the photo is taken right out of the catalog and there is no mention that they did not stamp this card, SU! did and it's on page whatever in the catalog, and I think they should tell that…ok getting off my high horse.

Have a super Sunday and thanks for stopping in!