Tonight was the Hanna Stamps release party over at Splitcoast stampers, my eyes are still rolling in my head and my F5 finger (to refresh) has a big blister on it! Ha!  The comments, and questions, and quizzes, and prizes, were flying and it was hard to keep up.

One of the new sets is a fun country girl, Daisy Duke'ish set, called Hay Hanna, she has some cute accessories in the set, and one is a rooster.  I used the Garden and the new Ahoy Hanna set as well to make my scene.  I so love making scene cards, they are pretty easy really, they just take a bit of time. 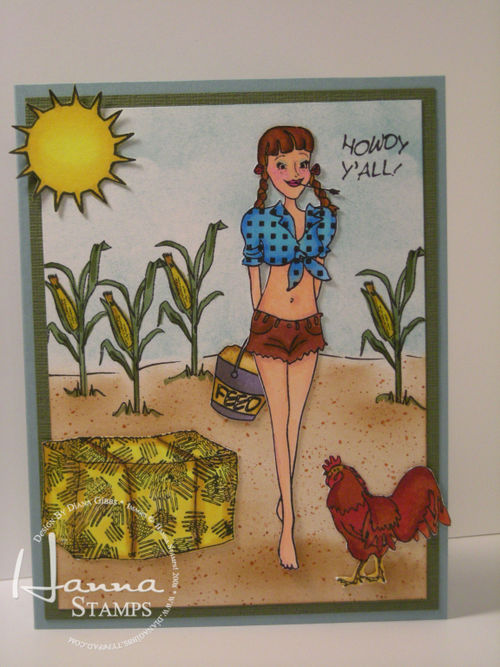 Isn't she so cute?

I just love the little shirt tied up and the cut off shorts.

Mr. Rooster is happy he is getting his breakfast. 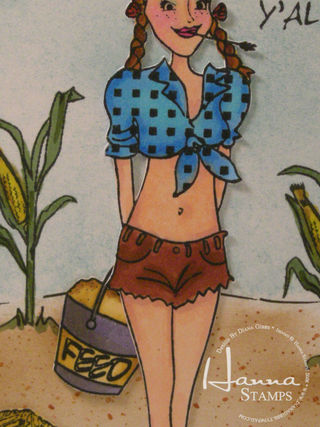 So I had the TV on and I saw that Dustin Hoffman is going to be on David Letterman or Jay Leno, and I swear that man does not age…

Well I am hitting the hay (get it?), lots to do tomorrow.